In part two of my nickel defense coverage, let’s take a look at the history of the defense. Then discuss two modern innovations that have provided workable foundations for future defensive coaches. By doing this, we can see how to defense started and has been evolving over the years. It is critical to note before continuing how the nickel defense is much more than just subbing out a linebacker for a defensive back. It comes in many different forms. Those different formations are the key for future defensive coaches in their battle against the spread.

It is also critical to keep these variations in mind when we get to Part Three on Wednesday as the variations hold the key for scouts and GM’s.

The History of the Nickel 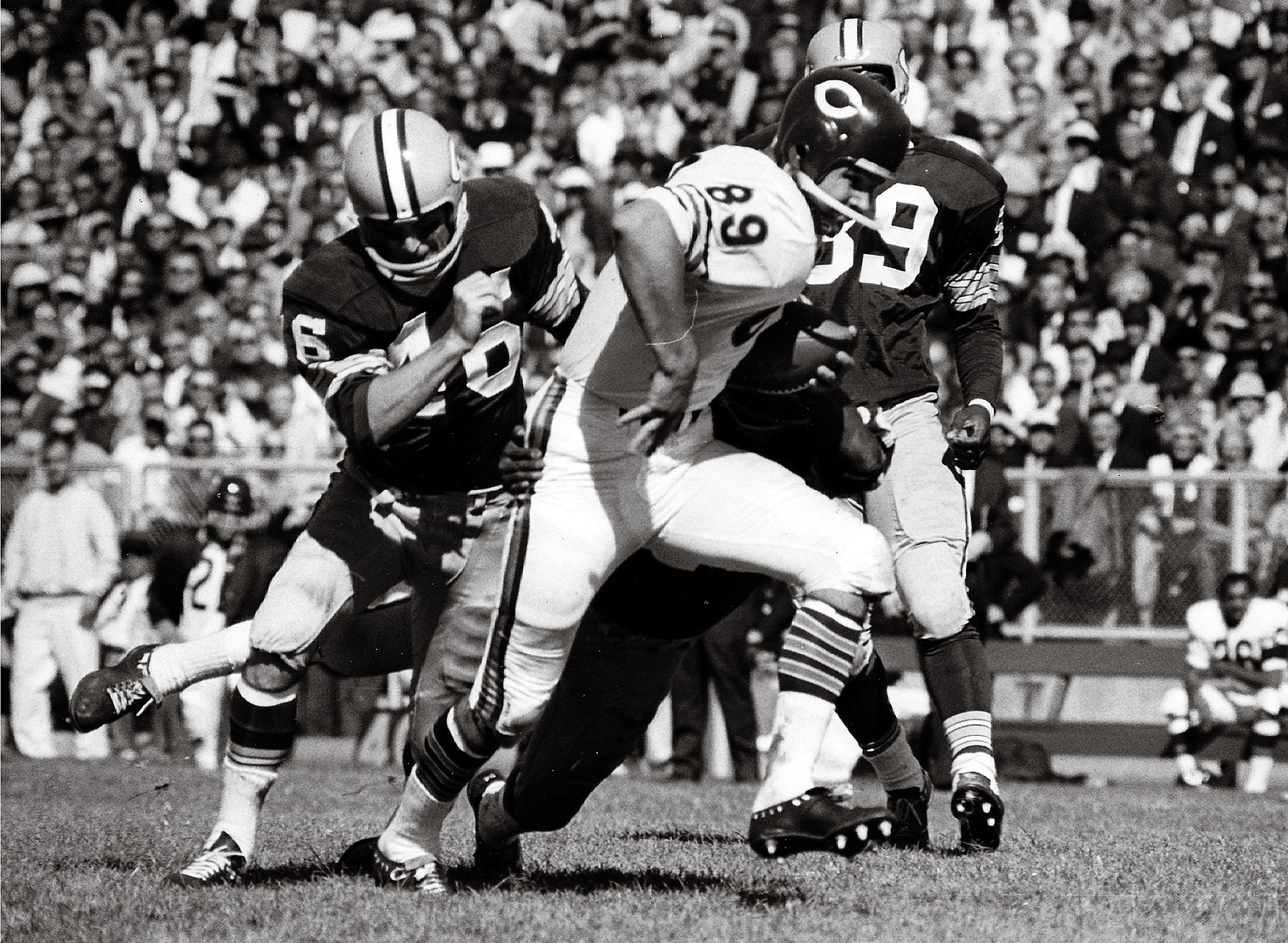 There are two competing narratives in the origin tale of the nickel defense. George Allen of the Bears claims he developed it. While Eagles defensive coach Jerry Williams says that Allen merely named the defense. It had been his idea first. He’d implemented it to stop, ironically, the Bears best receiver: Mike Ditka. I was not alive in the 60’s, so I have no way of knowing who’s right. All I know is that Ditka might be God. Under that logic, I’ll side with the guy trying to contain God on a football field.

However it was started, the nickel defense was perfected in the 70’s by Don Shula and Bill Arnsparger in Miami. They took was what considered a specialty defense (namely only for the very best tight ends) and started using it in obviously passing situations. Or against our old pal Don Coryell. As I’ve repeated ad nauseam,  the NFL was a running league back then, “obvious passing situations” were pretty obvious (third and long, two minute drills). Still, they were on to something.

What they discovered is that the best way to stop a passing attack is with a nickel defense. As Coryell and Walsh moved the league away from running first, more teams added the nickel to their repertoire. The earliest forms, the 4-2-5 and 3-3-5, had two big problems. In the 4-2-5 defenses were vulnerable over the middle because their linebackers had to cover too much space. And 3-3-5 teams struggled with their pass rush as removing a linebacker also removed an element of surprise.

Recent innovations have changed that . . . 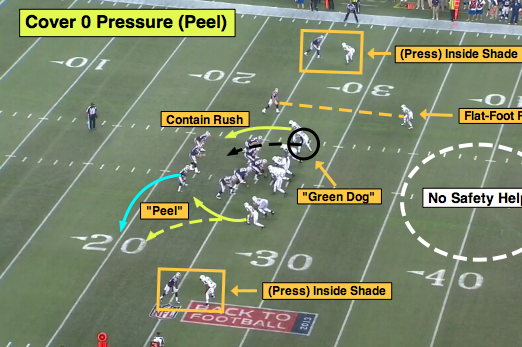 For all the bluster and bravado, Rex Ryan was an extremely good defensive football coach. His defenses in New York somehow beat: Carson Palmer’s last stand in Cincy, Rivers’ Chargers, Manning’s Colts, and Tom Feckin’ Brady during a two year run in the postseason. He did this by unleashing a relentless, unpredictable pass rush. Fueled by a daring idea to stack the line and play man across the board with his “Cover Zero” attack.

From this formation he could match up with four and five receiver sets while keep six or seven potential pass rushers in the box. Those that didn’t rush could fall back to take away the quick throws every quarterback looks for whilst under pressure. Even if the quarterback could withstand the relentless rush long enough to throw outside, Revis Island awaited them. And, as if it wasn’t hard enough, Antonio Cromartie lurked on the other side.

In terms of NFL defensive evolution, the key to this attack is the pass rush. Trusting the defensive backfield to play straight man with no help over the top and weaving in safety blitzes, forces offenses to leave extra protection. This means the defense can match their three best defensive backs on the remaining receivers. Though risky in the open field, this is an extremely dangerous defense in the red zone. It cannot be stressed enough how critical it is for elite corners to make this defense work. Ryan’s former defensive coordinator learned that the hard way . . .

Mike Pettine’s tenure in Cleveland perfectly laid out the risks of running this defense sans Revis. When Joe Haden got hurt his second season, Pettine’s defense was a mess. I can’t tell you how many times during that season I screamed at the screen “play a deep safety!” If you have the time, and the stomach, go back and take a look at the film. It is the perfect microcosm of the risks that come with “Cover Zero”. Namely, if the defensive backs can’t hold coverage, any pass rush is irrelevant. It’s just deep touchdown after deep touchdown.

Of course the Patriots were going to end up in this series at some point. Similar to Ryan, a lot of people forget how innovative Bill Belichick has been with his defenses. He’s the best quarterback in football now, but let’s not forget the Patriots were lead by ball control and elite defense through Brady’s first seven seasons. Or that Belichick was right beside Parcells when they unleashed LT on the league. Thus starting the 3-4 rush linebacker revolution.

As it pertains to the nickel, Belichick’s great accomplishment is the “Big Nickel” shown above. In the formation, he leaves two very deep safeties and a strong safety underneath. In that sense it’s the antithesis of Ryan’s defense. Both can generate a good pass rush, but Belichick’s provides help to the corners. If they get beat, they know there is help over the top. Yes, a 25 yard completion hurts; it just doesn’t have nearly the same sting as a 65 yard catch and run. Most importantly to the overall evolution of the nickel, the strong safety underneath takes away the middle of the field. It does so by neutralizing the quick slants, mid-level crosses, and deep ins that used to pick 4-2-5 defenses apart.

The greatest strength for the Patriots, and for future coaches, is the ability of this defense to match-up against the running back option routes. In Week One last season, the Chiefs absolutely torched the Patriots when Kareem Hunt and Tyreek Hill came out of the backfield on vertical routes. The Big Nickel leaves the deepest safeties 20 yards off the line of scrimmage. The vertical routes break up-field around 10 yard. Thus, the Patriots can see them developing before the break.

The problem with the “Big Nickel” was on full display during the Super Bowl and, until Jacksonville grew too conservative, in the AFC Championship Game. RPO’s kill the Big Nickel because the safeties sit so deep. Either they have to come up fast on the run or playback and let the offense march down the field. Look at the formation above. The trips-side has left the Steelers will all kinds of real-estate. If the throw a quick screen, the middle safety will be late. What’s he supposed to do? Leave Le’Veon Bell unchecked?

The Cover Zero, however, is perfect for the RPO’s. And there, dear reader, is the true advanatage of multiple fronts. Both defenses have strengths and weaknesses. Instead of committing to one and praying the offense is slow to react, a smart coach will integrate both. Which, as a segue to Part Three, requires very smart drafting.