Donovan McNabb was one of my favorite players growing up. I’ve always admired Alex Smith. It’s important you know both of those facts because I’m about to say something controversial: Andy Reid has never coached a quarterback with an arm like Patrick Mahomes’. By next season at the earliest and 2020 at latest, the Kansas City Chiefs will be legitimate Super Bowl contenders.

The Chiefs have the perfect pieces to run Reid’s offense. Alex Smith, though perpetually underrated, had worn out his welcome with the fans. Whether fair or not, he’s been given the “can’t get over the hump” label. Now the team is turned over the Mahomes. His arm will add a much needed vertical dimension to the offense. And, even though he played in an Air Raid system in college, do not doubt his ability to hit the intermediate routes opened by said vertical dimension. 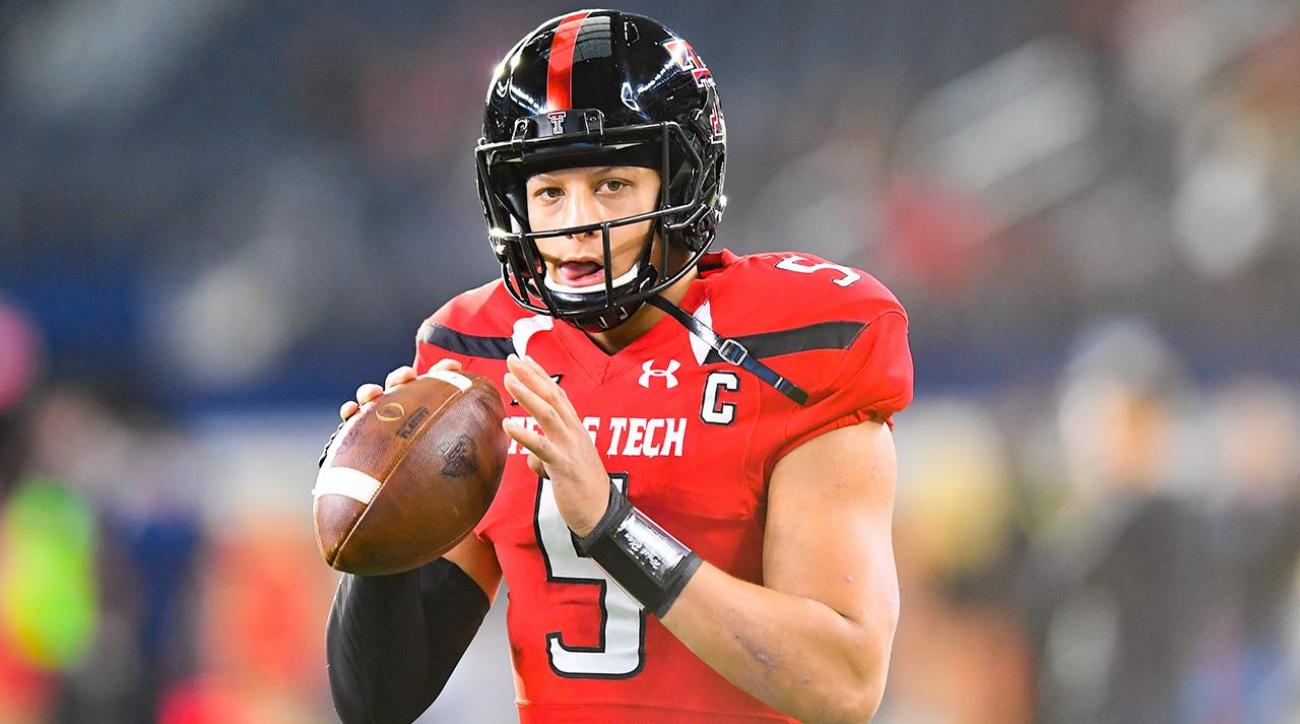 If you go on Youtube and search “Patrick Mahomes college highlights”, you’ll be bombarded by videos of him completing 40-60 yard fly patterns. One five minute clip I watched didn’t include him completing any other routes. The same is true if you search for any Texas Tech highlights. Since the days of Mike Leach, the Red Raiders have thrown deep a lot, there’s no questioning that. Just as there’s no questioning that the Big 12 is justifiably seen as the run and shoot conference.

It’s wrong to dismiss the system, and by extension Mahomes, based on these highlights and this conference. The Texas Tech offense is far more complicated than most people think. Similar to Oklahoma, just because it is shotgun, spread based does not mean that, when run correctly, it is completely different than a pro-passing scheme. Take a look at this play from the Texas Tech playbook: 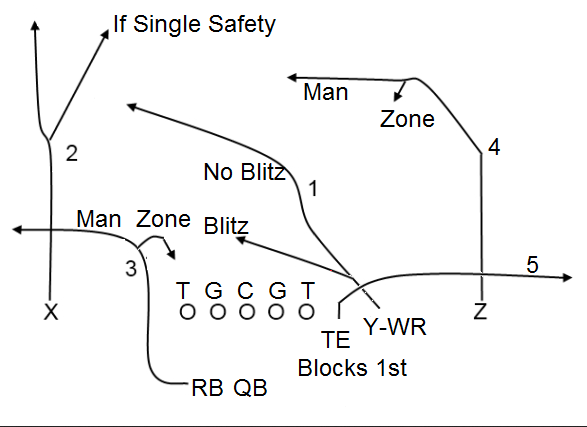 Much more complicated than you thought, isn’t it? The deep bombs to the “X” are what you see on ESPN. Looking at individual game film, however, reveal far more passes to the other receivers in the progression. The “Z” and “Y” routes are throws every NFL quarterback must make. Mahomes is a master at completing them. He also excels completing short slants and screens. This is why Andy Reid targeted him in the draft.

Reid has taken the traditional West Coast attack he learned from Mike Holmgren and fused it with the shotgun-based spread offenses run by most colleges. I’d be willing to bet the same play shown above is also featured in his playbook. Alex Smith can complete any of these routes, but he won’t risk the throw to the “X” unless the receiver is wide open. Mahomes has a superior deep ball and won’t be afraid to toss it up into close single-coverage.

Mahomes Will Open Room to Run

As I’ve said repeatedly, the primary goal of the West Coast attack is to get the ball to play-makers in space. The Chiefs have Tyreek Hill, Kareem Hunt, and Travis Kelce; there are few players more perfectly designed for this attack. All three can be used in multiple spots and turn a quick pass into a long gain. Mahomes’ arm can take them to the next level. Let’s look at a classic West Coast concept: 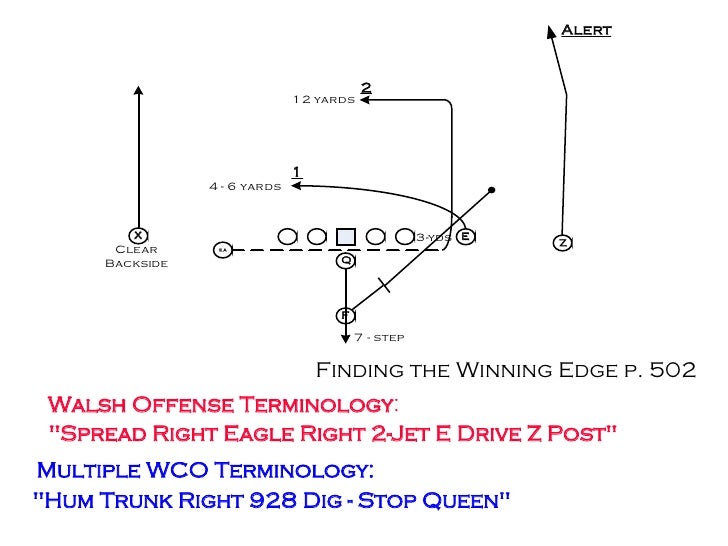 As the graphic says, this play is right out of Bill Walsh’s playbook. The progression is Tight End first, flanker in motion second, check down to the flat third. The “Z” is a hot route, only to be thrown if the receiver is wide open at the conclusion of the 7 -step drop. The “X” is just a decoy. Plays like this worked exceedingly well until Tony Dungy created the Tampa-2 defense. His defense would leave the middle linebacker at 10 yards and dare the quarterback to thread the needle. The outside receivers were known to be decoys and were treated as such.

Flash forward to the modern NFL and the same theory applies. Defenses would allow Alex Smith to complete the shorter routes and focus on their attention of corralling the receivers. Unless they completely blew coverage, he was not going to throw deep. With Mahomes that all changes. These deep routes are no longer decoys. He will throw them and he will complete them. This means that when Hill, Hunt, or Kelce make those intermediate catches, they won’t have an entire secondary in their way.

Sammy Watkins has been an enigma thus far in his NFL career. He had problems with both the team and the fans in Buffalo. Last season he failed to live up to expectations in Los Angeles. Many people seem ready to write him off before we’ve even reached training camp. Trust me, I understand this line of thinking. Many people are right to say he’s only effective running deep.

Where they are wrong is that they think it’s a bad thing for the Chiefs. The Chiefs know he’s primarily a vertical threat. The rest of the league knows he’s primarily a vertical threat. When he runs deep, they have to follow him. His presence is what will clear the room for the primary play-makers. Last season Watkins proved to be effective in the red zone. This surprised a lot of people, myself included. I’m not sure if it will continue in KC, but if it does, he solves another weakness. Outside of Kelce, the Chiefs have lacked a reliable red zone receiver the past few seasons.

I’m very excited to watch Patrick Mahomes’ and the Kansas City offense. This is the best offense Andy Reid has ever coached. While I still have doubts about his in-game coaching (more on that later), I can see this offense providing the foundation of his second Super Bowl team. Like Mike Homgren with Brett Favre, there might be some growing pains. But so long as he remains cognizant of the big picture, it will be worth it in the end.