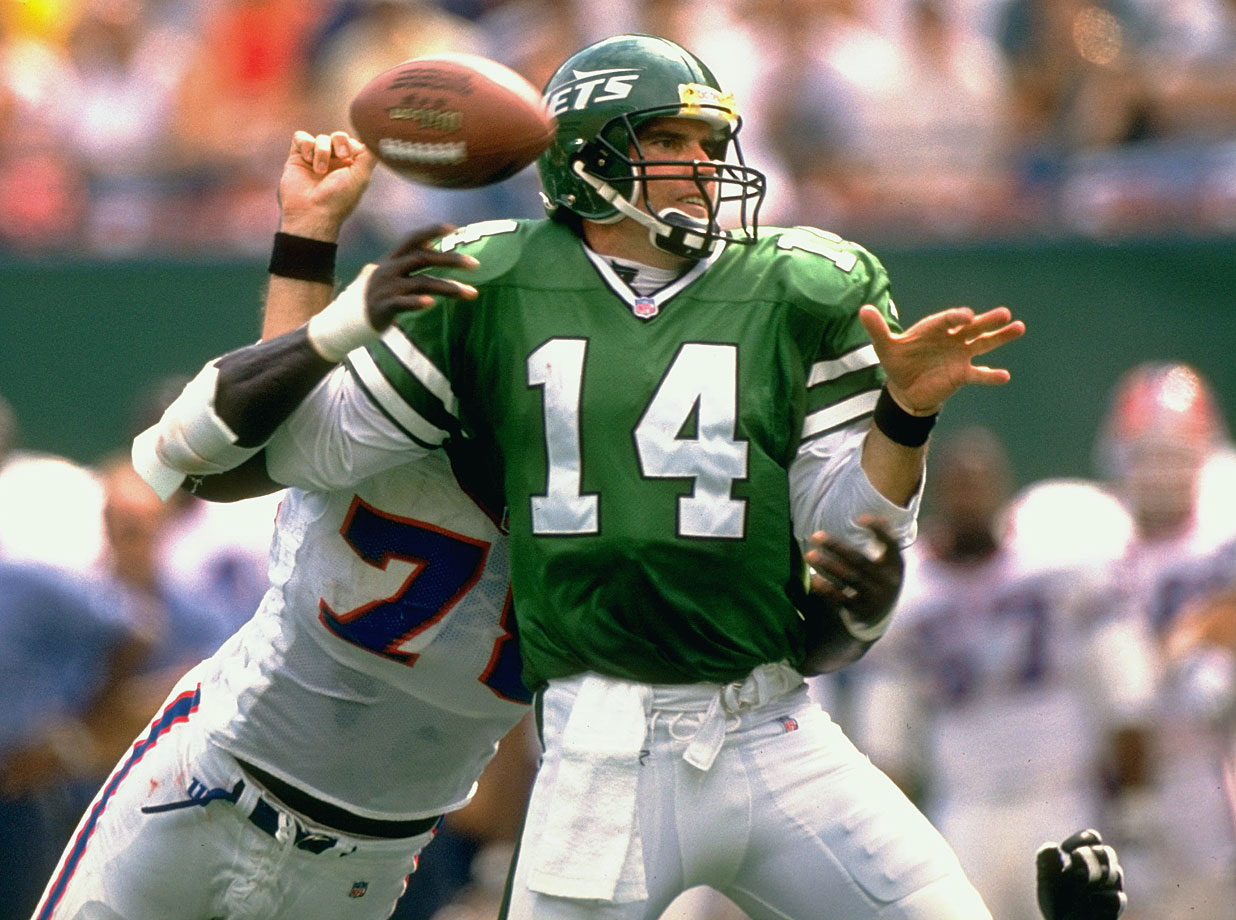 The Jets are one of those teams that never seem to figure out their quarterback situation. The signing of O’Donnell in ’96 probably seemed like quite a coup at the time since he had led Pittsburgh to the Super Bowl the year before. Pittsburgh made him an offer, but he chose the Jets. I wonder how much of an effort Pittsburgh put into re-signing him as his interceptions in the Super Bowl proved extremely costly.

He was injured his first season with the Jets and really wasn’t all that terrible in the ’97 season. Issues with head coach Bill Parcells lead him to be replaced by Glenn Foley and he was gone the next year. He not only did not live up to his contract, but kept the Jets just competitive enough to improve on their 1-15 mark the year before. Had they not signed O’Donnell and kept on losing in ’97, they might have found themselves at the top of the ’98 Draft. Imagine this Jet’s fans: what if they had the #1 pick in 1998 and took Peyton Manning, then Parcells still brings in his old friend Curtis Martin. Now the Jets build around Manning, Martin, and Keyshawn Johnson. What a team that would’ve been!