On my personal scale of human hatred, Tom Brady lands somewhere between meter maid and genocidal maniac (it’s not as broad of a spectrum as it sounds, I really fucking hate meter maids).

Nine out of every ten things the guy does is absolutely detestable. Somehow, I’m positive he’s guilty of high treason as it relates to the Trump-Kraft-Putin-Brady love fest, but I really don’t have any way to prove it right now (I’m like Martin Sheen in The Departed, waiting to get enough evidence before an arrest is made).

On a recent Instagram post by Von Miller, Tom Brady made a self-deprecating joke. That’s right, self. 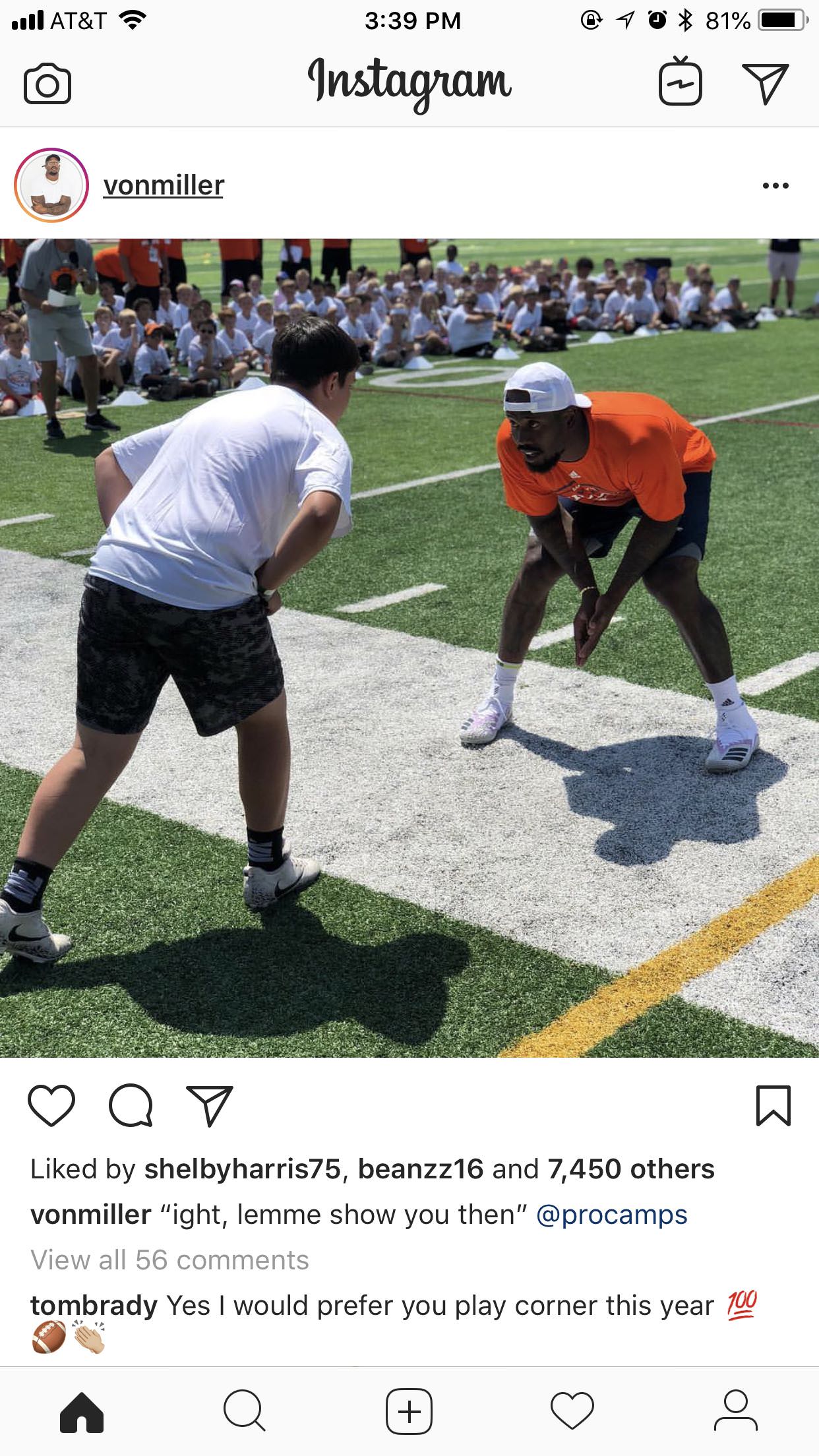 What in the absolute fuck is going on here? Was Brady hacked? Is his Instagram run by a team of TB12 interns (or more likely a Chinese sweatshop)?

Comments like these make Brady seem like less of a homo-incestuous cyborg from the year 3000 and more like a living, breathing human being. Keep an eye out for my Buzzfeed article titled “26 Times We Were All Tom Brady.”

People lost their minds when Jimmy Fallon “humanized” Donald Trump, but this is way worse. I’m going to have to turn this into an anti-Patriots story and somehow use this to make fun of Brady because that’s just what we do here at That’s Good Sports, but it’s not going to be easy.

To be fair, he got hit so goddamn many times in that game that he probably doesn’t actually remember. Damn you, Brady, you win this round.

Just as an aside, I don’t think I’ve ever seen a pass-rushing unit dominate a game like that. The Patriots hadn’t been so thoroughly owned like that since the first Giants Super Bowl.

Hopefully this is the last time Brady does anything that’s even remotely likable. His next Instagram post should be him flogging an adorable puppy with a cane that he stole from an arthritic old woman. Is that evil enough?