Good news: On Monday evening, the Colorado Rockies defeated the Los Angeles Dodgers by a score of 2-1 to improve their record to 26-22 and, most importantly, seize first place in the National League West.

Bad news: the Rockies have actually been playing pretty shittily through their first 48 games and probably don’t deserve their spot atop the standings. But here’s the thing, this is actually good news because (1) the Rockies are playing poorly and are still decent, and (2) they will almost certainly improve in the near future.

What exactly are they doing wrong, as of now? The short answer is offense. A few players, to be precise. Ian Desmond is currently playing god-awful baseball, hitting just .172 with an OBP of .231 and a -1.3 WAR (if you’re not a nerd that doesn’t like stats, just know that he’s hitting very badly this year).

In addition, the Rockies are getting little to no production out of the bottom of the lineup with guys like Pat Valaika, Tony Wolters, and Carlos Gonzalez struggling mightily to put bat on ball.

The elephant in the room, however, is at the top of their lineup right now. Charlie Blackmon, who probably should have won NL MVP a season ago is batting just .269 in 42 games. Out of all the guys struggling at the plate this season, Blackmon is most likely to turn things around. His OBP and OPS are still on par with the rest of his career numbers, which indicates he’s been the victim of some bad luck that’s due to even out sooner or later.

The point is this: If/when the Rockies decide to start hitting, they’re going to create a lot of distance between themselves and everyone else in the division. In fact, if they start hitting, they might be good enough to go the distance this season. That’s right, the World Series. I mean, why not? Their main competition in the NL currently are the Atlanta Braves, the Milwaukee Brewers, and the Philadelphia Phillies, who combined for precisely zero playoff appearances last year. 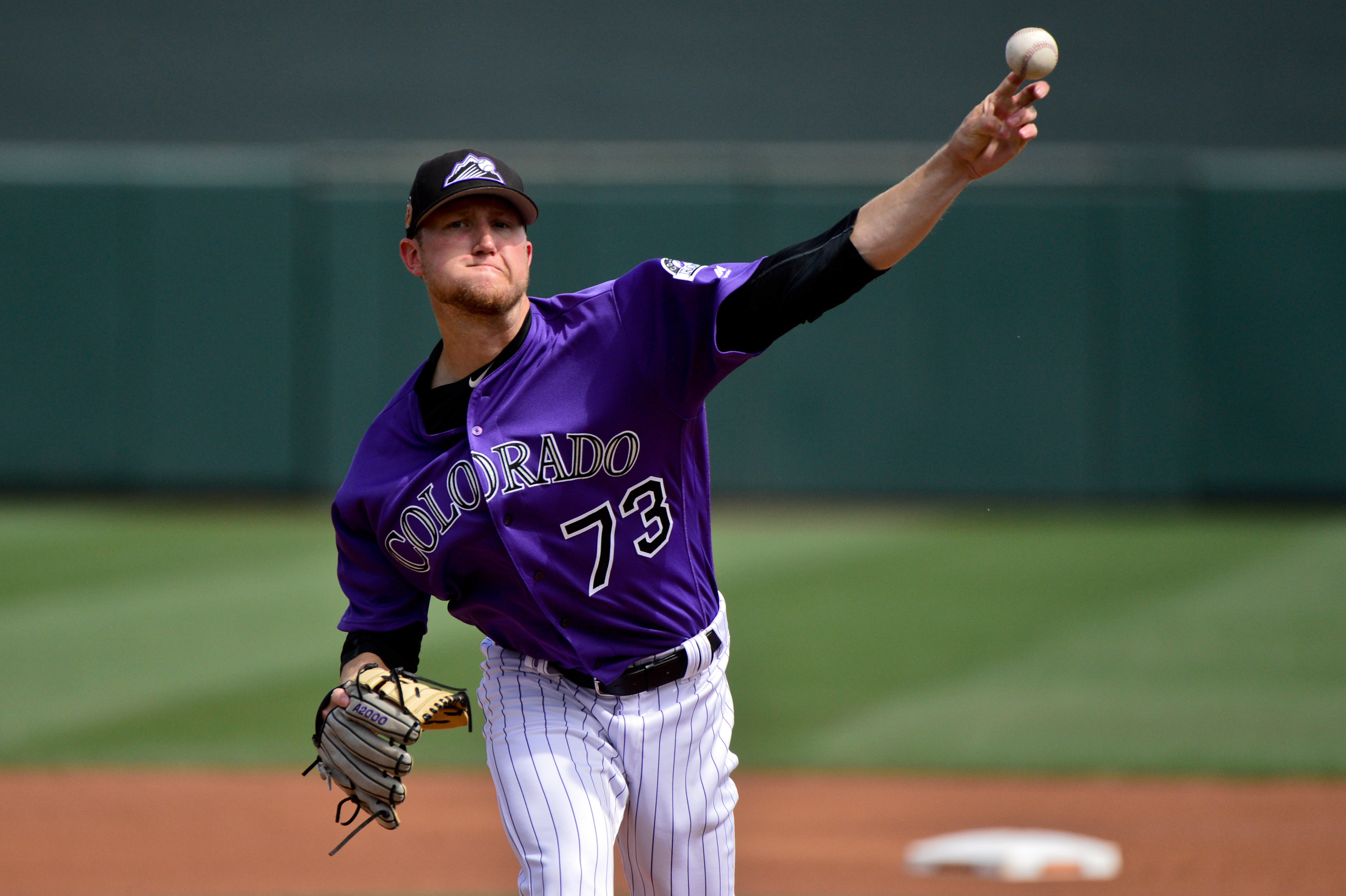 That doesn’t mean that perennial postseason teams like the Cubs or the Nats won’t turn on the Jets and give the Rockies some more experienced competition down the stretch, just that the NL is without a team that isn’t inherently flawed (the Rockies included). In the AL, there are probably three teams (Red Sox, Yankees, Astros) that are head and shoulders above anything the NL has to offer, but the beauty is that’s simply not Colorado’s problem.

We already know they’re the baddest, most alpha team in baseball after their shit-housing of the Padres last month. It’s definitely not a question of fortitude.

The Rockies have work to do, however. They need an additional bat in their lineup before the trade deadline, preferably one that plays in the outfield or first base. That might be Justin Bour, that might be Adam Lind, but it’s definitely not one of the guys already in the system (for this season, at least). If they can figure that out, 2018 may very well be Colorado’s year to make a go at it.

But for now, take a deep breath and enjoy first place.