I’ve seen this movie before. And I know how it ends.

The NBA Playoffs are mostly an exercise in futility. It’s like a bad romantic comedy where you know the two leads are going to end up together in the end. There’s a little variation along the way, but the ending is a matter of inevitability.

Seeding doesn’t even particularly matter — the Raptors are the number one seed and so are the Rockets, but it’s really not going to make much of a difference. It’s too hard to stop Steph Curry, Kevin Durant, Klay Thompson and Draymond Green all at once, and LeBron will have his way with whatever team of poor souls (either the Sixers or Celtics) meets him in the Eastern Conference Finals.

Instead, might I recommend the Stanley Cup Playoffs. Yeah, I know, everyone has weird names that are either French, Canadian, or French-Canadian, but it really is the superior product right now.

Currently, there are four remaining series, and just about all of them are fiercely competitive. There are teams you actually want to root for and still a few teams you want to root against (Boston, I’m talking about Boston).

In the west, the San Jose Sharks and the Las Vegas Golden Knights are duking it out in an evenly-matched series. The Sharks are a bit like the Buffalo Bills, always the bridesmaids but never the brides. The closest they’ve gotten to hoisting the cup was in 2016, when the Pittsburgh Penguins defeated them in six games.

On the other side, the Golden Knights are one of the best stories in all of sports. Opening their inaugural season just days after the Oct. 1 massacre that left 58 dead on the Vegas strip, the Knights plowed through the Pacific Division as well as the Los Angeles Kings in the first round to find themselves knotted up with the Sharks. When you consider how expansion teams typically fare in their first season, it’s unprecedented what the Knights have accomplished so soon. 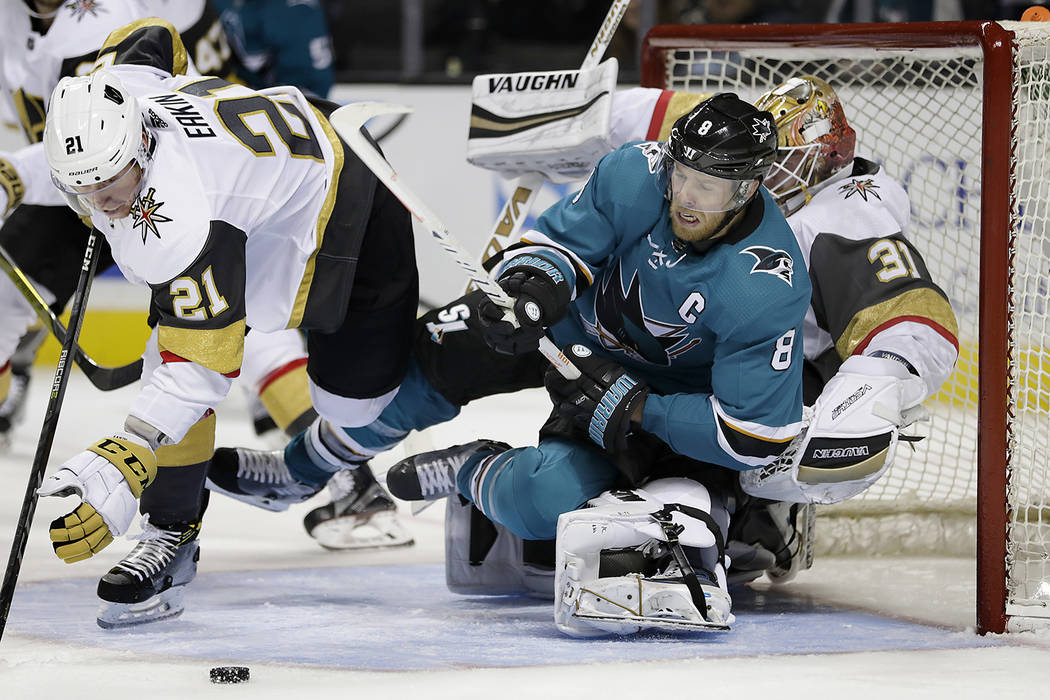 Contrast that with the NBA. Out of the eight remaining teams, six were there last year, and you can only really make a case for three of them advancing to the Finals (Warriors, Cavs, and potentially the Rockets [but probably not]).

It might not be as much of an issue if the playoffs weren’t so long, but you can just about count on two months of semi-meaningful basketball taking you from April into June.  The NFL Playoffs will always be numero uno in the United States because of its high-stakes nature. Every game is a game seven. Every game is win-or-go-home. The NBA’s equivalent of the Eagles would be the Boston Celtics (and who wants to root for them). Like the Eagles, the Celtics lost their best player (Carson Wentz/Kyrie Irving), and got a huge pick-me-up from their backup (Nick Foles/Scary Terry Rozier).

The Celtics aren’t going to win the NBA Finals, though. There’s really no chance in hell with LeBron and the Warriors in their way. Maybe you could have made the same case with the Patriots being in the way of the Eagles, but anything can happen in one game, and luckily, it did.

The drama just isn’t there in the NBA. It exists in the three other major sports, however, and one of them runs concurrently to the NBA Playoffs, so give them your time and ratings instead.