Let’s take a look at the merits and the critical question marks raised by Gordon’s comments . . .

Browns on the Outside 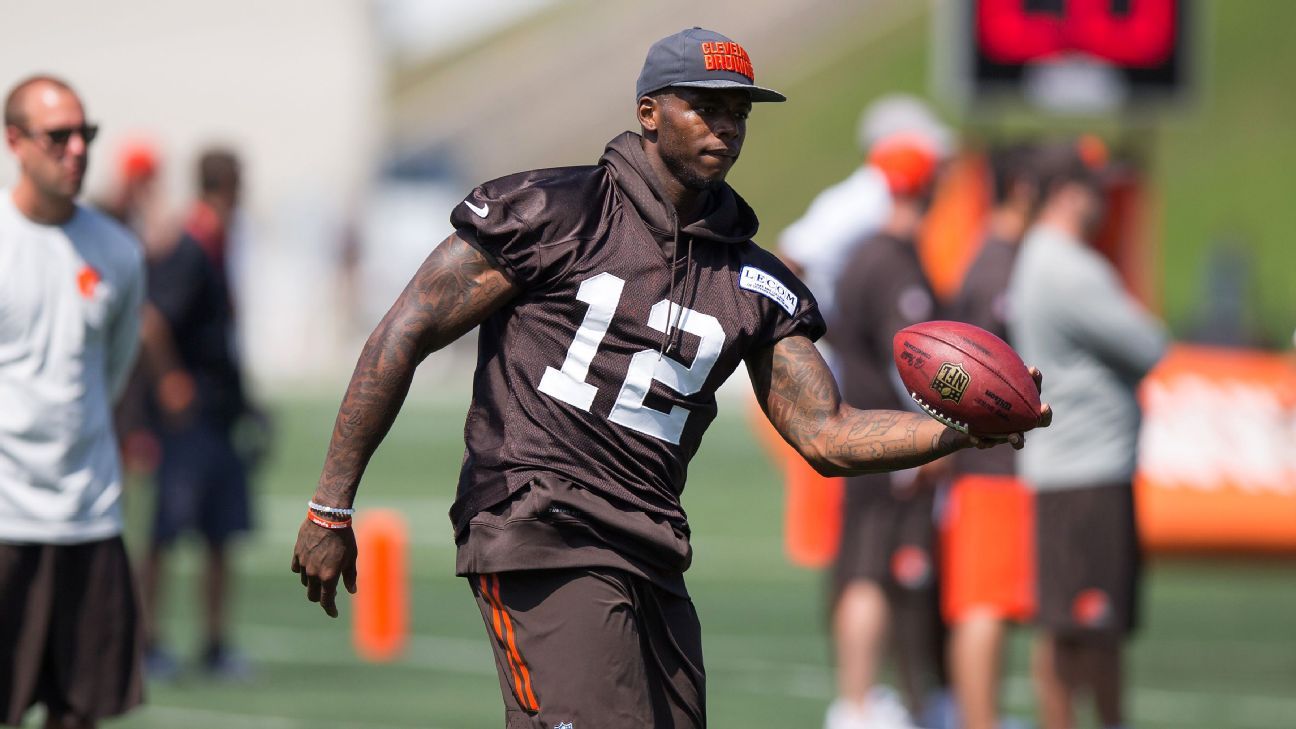 When he’s on the field Josh Gordon is an All-Pro talent. It’s the “when” that’s the problem. I can still remember seeing the initial reports last season that he was coming back. I immediately dismissed them having fallen for the same trap numerous times before. Surprising me, and I’m sure quite a few Browns fans, he actually did make it back. Though clearly not in top form, his performance inspired some hope for this season.

As a route-runner, there are few receivers better than Gordon. His fluid cuts and bursts of speed are right out of a textbook. He can run any route, out-jump any corner, and turn a quick slant into a 95 yard TD. For the first time in his professional life, he’ll actually be a full participant in the off-season workouts. Tyrod Taylor is the best quarterback he’s ever caught passes from. It’s all lined up for him to have a monster season. If he can, for the first time in his life, stay out of trouble. If. 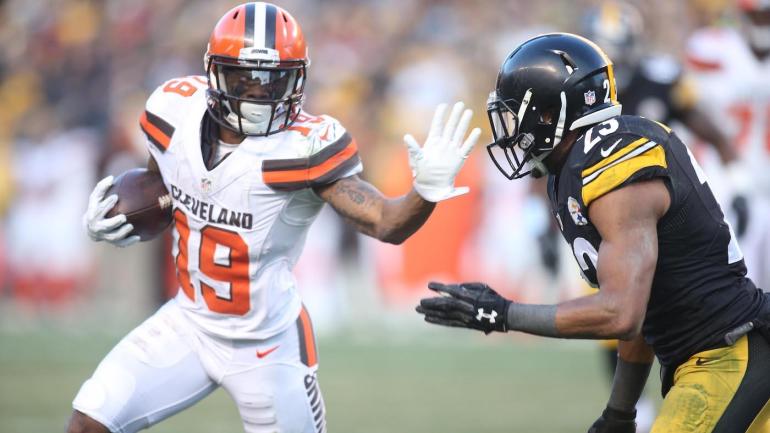 That’s the good, or at least the best possible, news on the outside. The rest is a giant question mark. The earliest reports from camp have Corey Coleman lining up opposite Gordon in three receiver formations. Coleman’s time with the Browns is somehow just as perplexing as Gordon’s. He was a surprise pick in 2016, brought in to score touchdowns. While he’s shown some promise, two straight seasons have been interrupted by broken hands. He’s still plenty fast, there’s just been no consistency.

Speaking of no consistency, I’m not sure what to make of the remaining players on the depth chart. Ricardo Louis and Rashad Higgins were drafted the same year as Coleman and have had similar careers. That is to say, they balance every good moment with an equally bad moment. I’m not convinced the Browns aren’t planning to monitor the cut market closely looking for a reliable guy to put opposite Gordon. For now though, we’ll say the whole outside group has potential, but too many questions.

Browns on the Inside 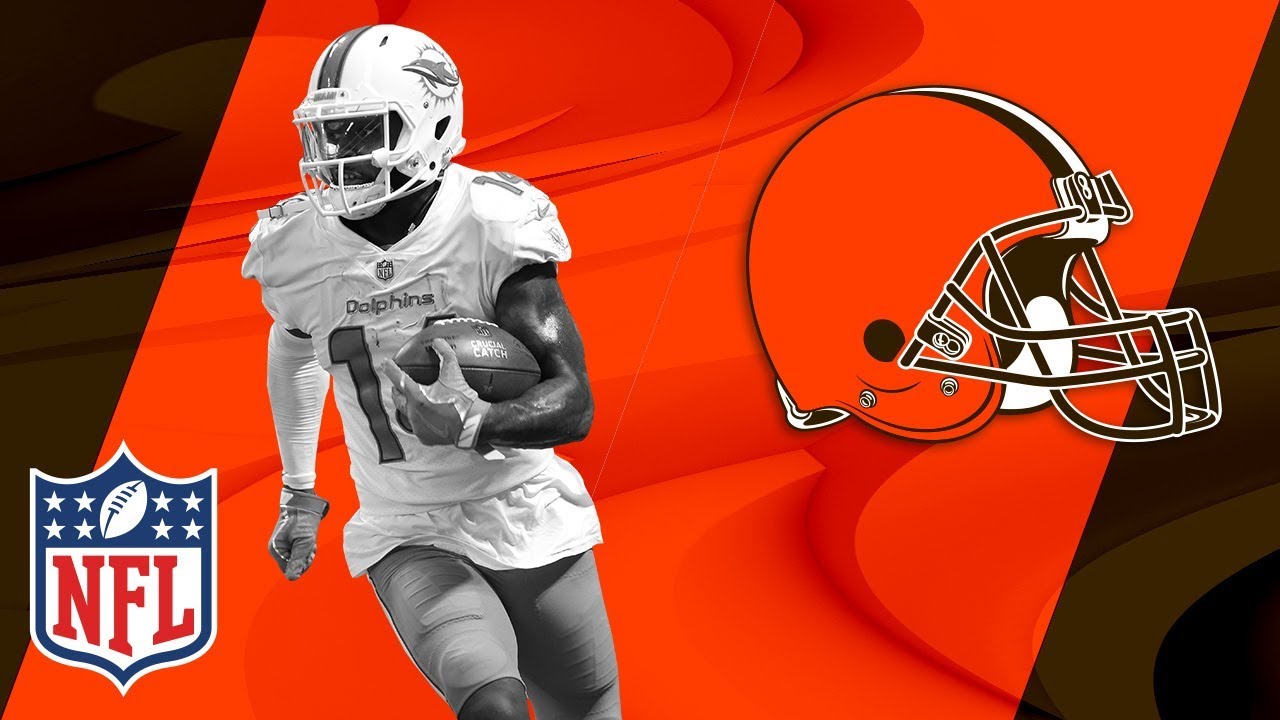 Jarvis Landry might not have had the best relationship with Ryan Tannehill, but you’d never know it watching the film. He is the best slot receiver in football. As I feared all the way back in one of my first articles, he is lining up outside a bit. Fortunately that seems contained to the two receiver sets only. In the slot, he’ll provide a safety net for Taylor on third down. The Browns have not had a reliable third down receiver since Joe Jurevicius.

Landry’s presence should relieve a lot of the pressure on Gordon. As Gordon goes deep, Landry will force the defense to watch the mid-level. I hope Todd Haley can draw up some plays to let Landry run a bit more than he did last year in Miami. Taylor is not known for his vertical prowess, he’ll need Landry to move the chains. Taylor will also need to throw over the middle far more than he did in Buffalo. That’s where Landry thrives.

The most intriguing player on the Browns’ roster is fourth round pick Antonio Callaway. Like Landry, he is at his best in the slot. His speed is comparable to Coleman’s. The hope is that his character, too close to Gordon’s, improves quickly. If it does, he’s a match-up nightmare. I hope to see a lot of underneath crossing routes with him and Landry.

As with the outside guys, all my optimism is contingent on too many questions. Will the Browns be smart and leave Landry in the slot? With Calloway stick to his word and clean up his act? Will Taylor take deep shots to stretch the defense enough to give the inside guys room to work? If the answer to these questions is “yes”, then I might owe Gordon an apology at the end of the season. If, though, if. If the Browns are going to have a productive passing attack, it’s going to fall on Duke Johnson and David Njoku to fill in the depth gaps. With Nick Chubb and Carlos Hyde in the fold, Johnson will serve as the third down back. On earlier downs, look for him to move all over the field. He’s shown immense ability to score from anywhere.

The big concern here, like Landry, is Taylor’s hesitation to throw over the middle. Johnson will still be plenty effective on screens and jet passes, it’s the slants and digs Taylor needs to work on. Without the short routes over the middle, Johnson won’t be able to set-up the middle of the field double moves that make him so dangerous. Yes, he can be effective running sideline routes, but please tell me how to set one of those up off of cross-formation motion . . .

Njoku is the most talented tight end the Browns have had since Jordan Cameron. He’s not much of a blocker, but can be a great receiver. He can play inside and outside, run deep, and run after the catch. The Browns will also need him to step it up in the Red Zone. If he can, look for a double digit touchdown season from him.

The concern with Njoku is the drops. He has, at times, lacked consistency catching the ball before he takes off. Taylor is a very cerebral quarterback. He does not take risks. If Njoku’s drop problem returns, will Taylor continue to throw it his way? If he won’t, defenses can key all their attention on Gordon and Landry. The Browns lack the depth to survive if those two are blanketed all over the field.

So, yeah. The Browns could have something special next season. Before anyone crowns them the “best in the league”, they must address all the questions noted above. That’s not going to be easy. Then again, when has anything in Cleveland sports been easy?