Ever since the dismal weather shut down multiple games early in the season, I’ve seen countless articles pondering why MLB attendance is so low. While many of them were at first interesting, too many of the follow-up articles were a bit silly. Such is the case in all journalism these days. Everyone is so busy looking for a different angle, everything gets blown out of proportion.

To me there are three pretty simple reasons why MLB attendance is down: it’s expensive, rebuilding can be brutal, and American attention spans are . . .

Sorry, what was I saying? A bird flew by my window and I lost my train of thought. Oh yeah, American attention spans are extremely short. Seriously. The next time you’re at a game, take a look at how many people are on their phones.

A Ride to Fenway

I’ve only been to six different stadiums in 30 years and one of them, Olympic Stadium in Montreal, doesn’t even host baseball games anymore. So, I’ll limit this section to the local stadium: Fenway Park. As for the others, I can look up the costs, but can’t speak to the experience. Anyway, let me take you on a journey from our house in Milton, MA to Fenway Park . . .

There is absolutely no way my wife and I will deal with the traffic getting into Boston, nor would we pay the $60 required to park a car. That means Uber and driving are right out. Instead we would have to take the MBTA’s Red Line and then Green Line. While it would save on cost, the train system in Boston is not great. The trains break all the time and are often packed with intoxicated Red Sox fans. Being the second worst kind of Red Sox fans, outside of intoxicated Red Sox fans after a loss. Once we’ve hopefully reached our destination, we’ll need to meet up with our friends. Now the money comes out. Typically our friends will meet at either Lorretta’s or the Landsdowne Pub. Both are right across the street from the stadium. Typically we will stop in for two beers each and then head over. Four beers near Fenway will cost $28 plus tip. Our tickets meanwhile, have run us at least $100.

If we decide we want a beer during the game, that’s another $10 a piece. Fenway won’t allow anyone to bring drinks into the game, so when we want water that’s $4 a piece. After the game is over, the trains are so packed and brutal, it’s necessary to stop and eat something. Around Fenway, there is no meal cheaper than $60, most being closer to $80.

When it’s all said and done, we’ve spent roughly $230. That’s, of course, assuming they’re playing a bad or mediocre team. If the opponent is decent, then the tickets are closer to $150. If we want to sit somewhere where we can actually see the game, it’s more like $200-$300 in total. While we can afford to do this, we cannot afford to do it more than a few times per season. Especially on weeknights where we also must coordinate meeting at the game and one of us must run home to walk the dog.

Rebuilding Can Be Brutal 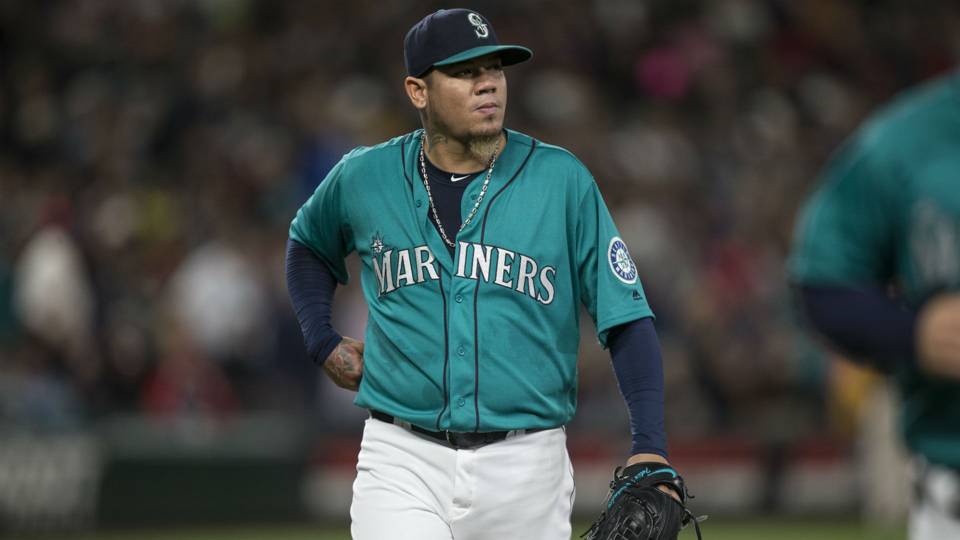 I love baseball. I would still go to Fenway to see a game if I found tickets cheap enough. Many people are not the same. They are far more likely to attend if they know that after spending all the money, there’s a good chance their team will win. Unfortunately, baseball rebuilds can take a very, very long time. After a while, it’s only the die-hard fans who will attend.

I lived on the west coast for three years and was subjected to the 2010-2013 Seattle Mariners being the only team on cable. Unless King Felix was pitching, I would shake my head and change the channel. Why would I want to watch Chone Figgins crush Seattle fan’s hearts every night? 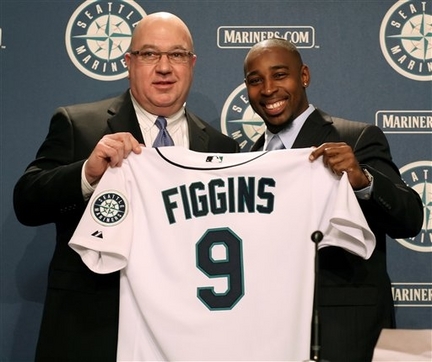 I can still remember calling my dad after an Indians game in Seattle and telling him something along the lines of, “that was like watching a Triple A game! I had no idea who any of those guys were!” While the Indians crawled out of the rebuilding doldrums quickly, the Mariners have been stuck there for almost two decades.

If I were a Mariners fan, I would not go to many games. Everyone I’ve ever met that’s been to Safeco Field says it is the best park they have ever seen. I still don’t think that would be enough. And I say this as a die-hard fan who loves the poetry of a good baseball game. What can we expect from the occasional fan?

I used the photo of the infamous “Selfie Girls”, but could have just taken a quick shot of Cubs’ fans last night. We were at a bar with a huge projector and I could have caught some of you turkeys in a life-size photo. I’m not even talking about casual fans. I’m talking about the hat, jersey, personalized beer mug crowd. Yes, I saw you. You were on your phones . . .

Now look, I’m not going to sit here and judge you all too hard. The entire time my wife and I have been on the Vineyard, I’ve had my charger next to the bed. I make sure it is charged every night because it is a necessary part of being on vacation. The last time I was here, I was about nine. It should not shock anyone that I don’t remember directions or places to eat. Enter technology.

So, how does this connect to baseball? It connects because for all their focus on “pace of play” and all the borderline carnival aspects of the newer stadiums, baseball is fighting a losing battle. The game itself, not the players or franchises, does not conform to the modern attention span. Back when it was the, pun definitely intended, only game in town, it was perfect. People had time to kill and baseball kills time.

In 2018 that is far, far from the case. People either have or perceive that they no longer have time for anything. Why would they take four to five hours out of their weekend to sit in a stadium and potentially get caught in a 1-0 game? Even take last night’s Cubs vs. Indians game. Any fan that got up to use the bathroom or grab a beer during the third inning and missed Jose Ramirez’s home run missed the pivotal moment.

All it took was one swing, a ball that barely cleared the fence, and the game was essentially over. All of a sudden it was 3-0 in a game that ended up being 10-1. If a fan was out of their seat or on their phone, they missed the only play that really mattered. It didn’t matter how quickly the other pitchers warmed up or all the glitz and glamour between innings. That was the one play and hundreds of people probably missed it.

More than anything that is what Major League Baseball must realize: baseball games often turn on one or two plays and many fans will miss it because they were distracted. This likely means the only way to improve attendance is to turn into the skid. Find a way to embrace the typical fans lack of attention span. The game itself can never be molded to fix it.