Every time I see a player like Sam Bradford get a new contract, I’m reminded of my favorite Lewis Black joke:

And every year since then, Halloween has returned and I, like an Alzhiemer’s patient, find myself in the room, and the room has a big table in it, and on the table is a bowl of candy corn. And I look at it as if I’ve never seen it before. “Candy corn”, I think. “Corn that tastes like candy. I can’t wait”. Son of a bitch!! 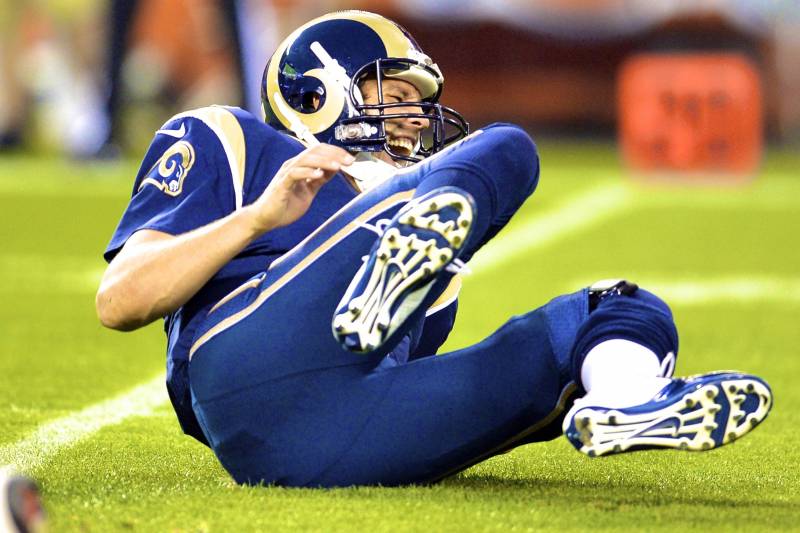 I say “injury plague” because “injury bug” does not do it justice. Bradford has suffered through multiple injuries in both college and the NFL.  The poor guy has been sacked 190 times in his career; there’s not enough space to go over all those injuries. The three main ones were:

2009 (Oklahoma): Bradford decided to return to school even though he would have been a top pick in the 2009 draft. Bradford suffered a third-degree AC Joint Separation in the first game against BYU. He missed three weeks, then re-injured it later in the season versus in the Red River Rivalry game. He needed season-ending surgery.

2011 (St. Louis): He played most of the season with a high-ankle sprain. Injuries hit the rest of the team and for some reason Jeff Fisher decided it was a good idea to keep playing an injured Bradford. The team ended up going 2-14, so it’s not like they were contending.

2013 (St. Louis): He tore his ACL against the Panthers in Week 7, then missed the rest of the season. Somehow he was “ready to start the next season” . . . until he re injured the same ACL in the preseason. He missed the entire 2014 season and was traded to the Eagles.

What was the one unifying thing about each injury? In each case he was playing while hurt instead of giving them time to heal properly. That’s not on Bradford, that’s on the medical and coaching staffs. 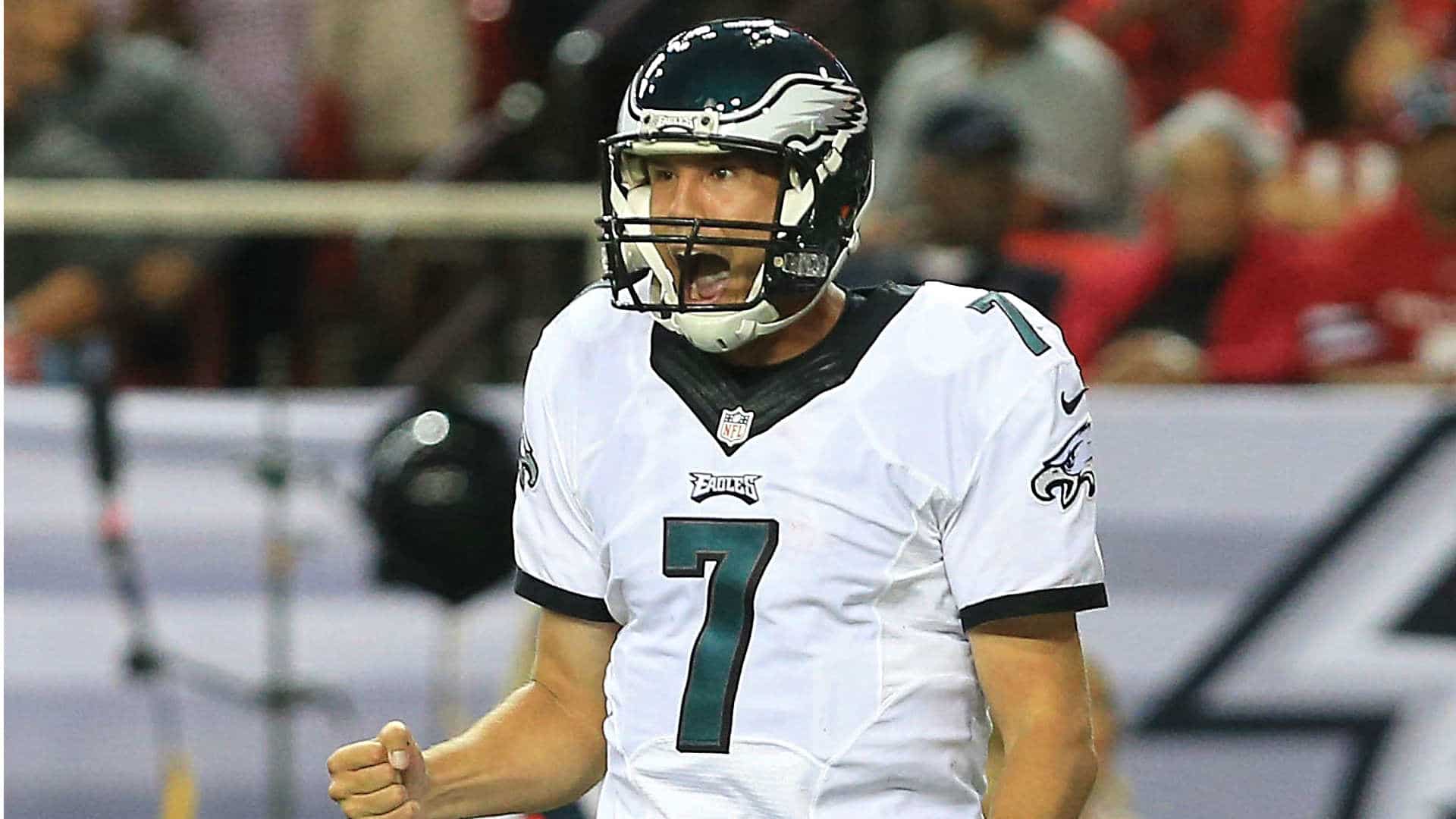 Since the ACL injury, Bradford has developed a tendency to check the ball down at the slightest hint of a pass rush. With an injury history like his, it would be weird if he didn’t look to check down on every play.

This leads us to the great irony about Sam Bradford. He typically has a great completion percentage and can sustain some great drives, but he doesn’t (perhaps even won’t) look to throw downfield. No matter how creative the offensive coordinator or great the receivers, short passes can only get you so far. 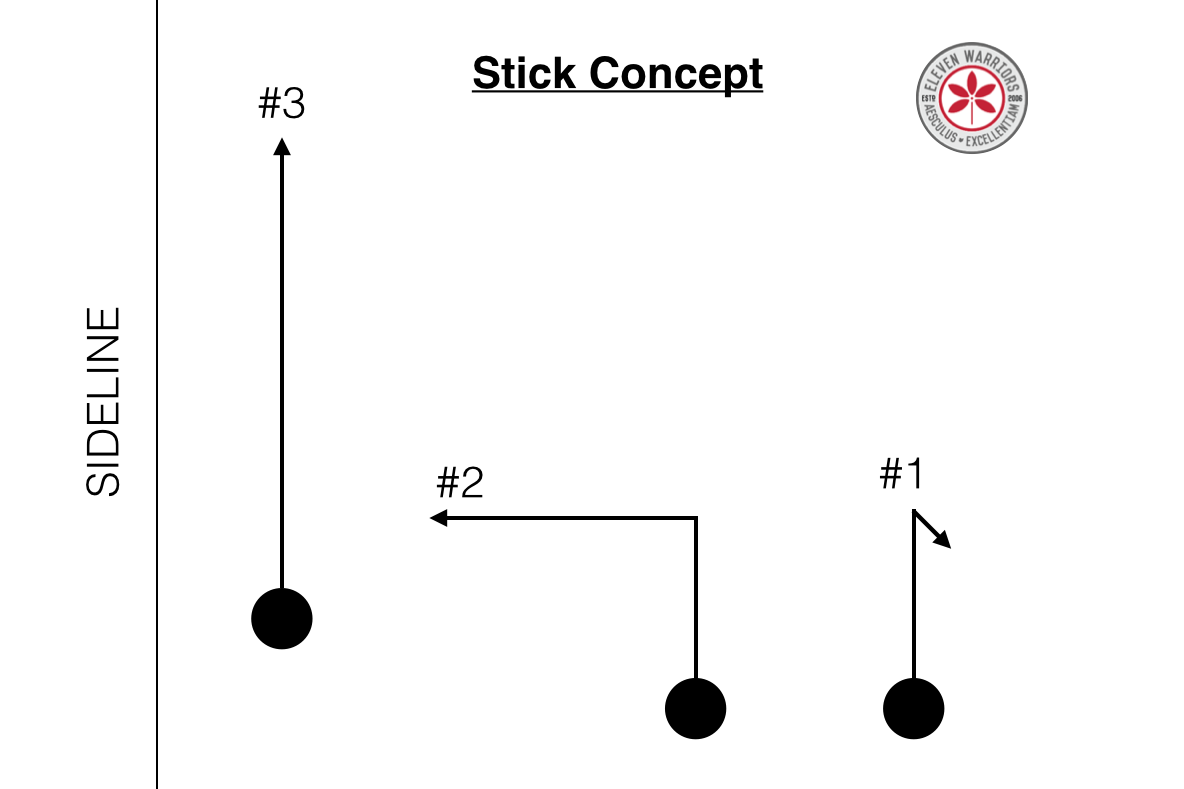 Eventually teams have to throw down field. If for no other reason than to prove that they can. Otherwise, the safeties have no problem sitting 15 yards from the line of scrimmage waiting to pounce on a crossing route (even one that’s well timed).

Look at the diagram above and consider this: if Bradford will only throw to routes 1 and 2, why even bother covering 3? In order for 3 to be open, he’s going to need to hang in the pocket for at least four seconds. Blitz him, then see the quarterback that’s been sacked 190 times and injured the three worst body parts for a quarterback check down.

If you’re smart, leave a corner in the flat and enjoy your pick six.

Do the Arizona Cardinals Understand Economics?

I have a sincere question for the Arizona Cardinals: who the hell were you bidding against?

Sam Bradford seems like a good guy and he can do some decent things on a football field, but really? Really? That’s the kind of contract you think was necessary to sign him? As I tried to show above, NFL teams should know what they are getting with Bradford. He’s been injured a lot and sacked more, leading him to check down in the face of pressure. He’s not worth 40 million dollars. So why did get it? 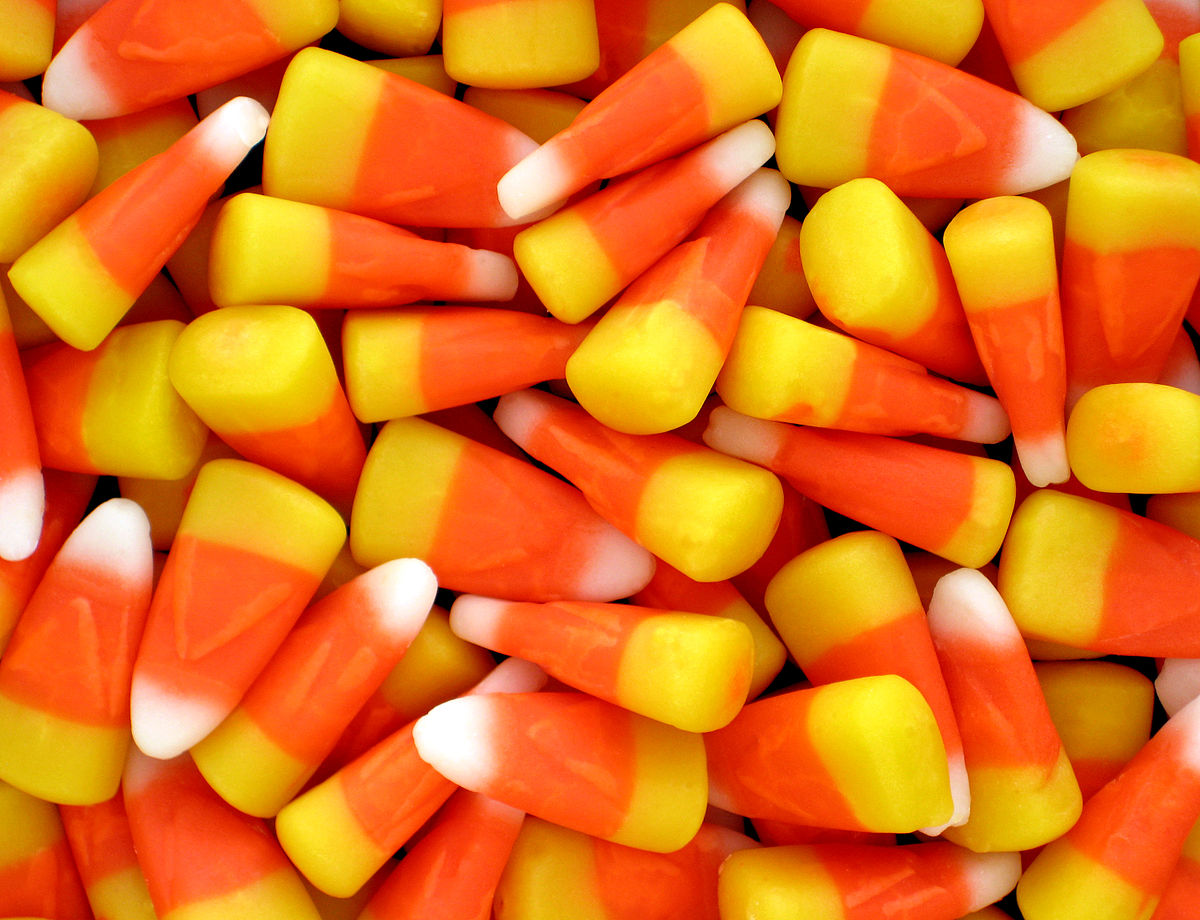 I tried to come up with a logical explanation. In the face of a logic defying situation, the answer always lies in the absurd. Therefore, the explanation is what I shall hence forth refer to as The Candy Corn Principle of NFL Market Valuation. It states:

Every off-season a player like Bradford is signed to a huge contract because like candy corn or trickle down economics (yeah, I said it), it seems like such a great idea. Some GM, in this case Steve Keim, like an Alzheimer’s patient, find themselves in a room, and the room has a big table in it, and on the table is a Sam Bradford. And they look at him as if they’ve never seen him before. Forgetting the history of the player they are trying to sign, and paying them like the player he could have been, not the player he is.

They do this for no other reason than logic has left their brain and they forgot the foundational concept of “supply and demand”. They end up bidding against themselves instead of a market competitor, paying a player two to three (in Bradford’s case four) times their market value.