I never got to use my college degree post-graduation, so bare with me.  As a history major, I would be remiss if I did not take today to celebrate a historic occasion for my favorite state. Wedneday marked the anniversary when Colorado became the 38th state (100 years after America declared independence, hence the nickname). So let’s celebrate the only way I, as someone who got a degree in history, can by highlighting my favorite memories of each major Colorado team.

You don’t have to read all of this if you don’t want. Just ctrl + F and find the team you want, I’ll understand.

“But why wasn’t [enter Colorado Team here] not included in this list?” Simple. I have no great memories of that team or have never been to any of their stuff. Why didn’t you invite me? I was free that Saturday. It was also payday, so I could have totally bought the beers. It’s actually your fault when you think about it. I won’t bring it up again if you won’t.

Even Google doesn’t need that much information. Crazy that’s only been six years.

As awful as Tim Tebow was as a quarterback, man that season was a ride. I was a sophomore in college during that season and remember leaving to get dinner at a dining hall in the fourth quarter of that Miami game because I thought that game over. I was wrong, I was so wrong. There were plenty of other heart attacks and crazy plays (that Tim Tebow game winning rushing TD against the Jets comes to mind as well). That season was just fun, and you’re wrong if you think otherwise.  In spite of that, nothing can compare to that pass.

The new overtime policy was put into effect that season too, where a touchdown in the first drive ended the game.  One play, that’s all it took. DT is a yards-after-catch monster. I was sitting on a couch in my parent’s house since I was back for the winter, and my whole family just stood up and started screaming, I’m pretty sure our house alone got several HOA complaints.

I don’t talk about the game after.  It just sucks that pro-life Tim Tebow couldn’t bring the season to full term.

Colorado Avalanche: Literally any and all times Patrick Roy beat the hell out of anyone 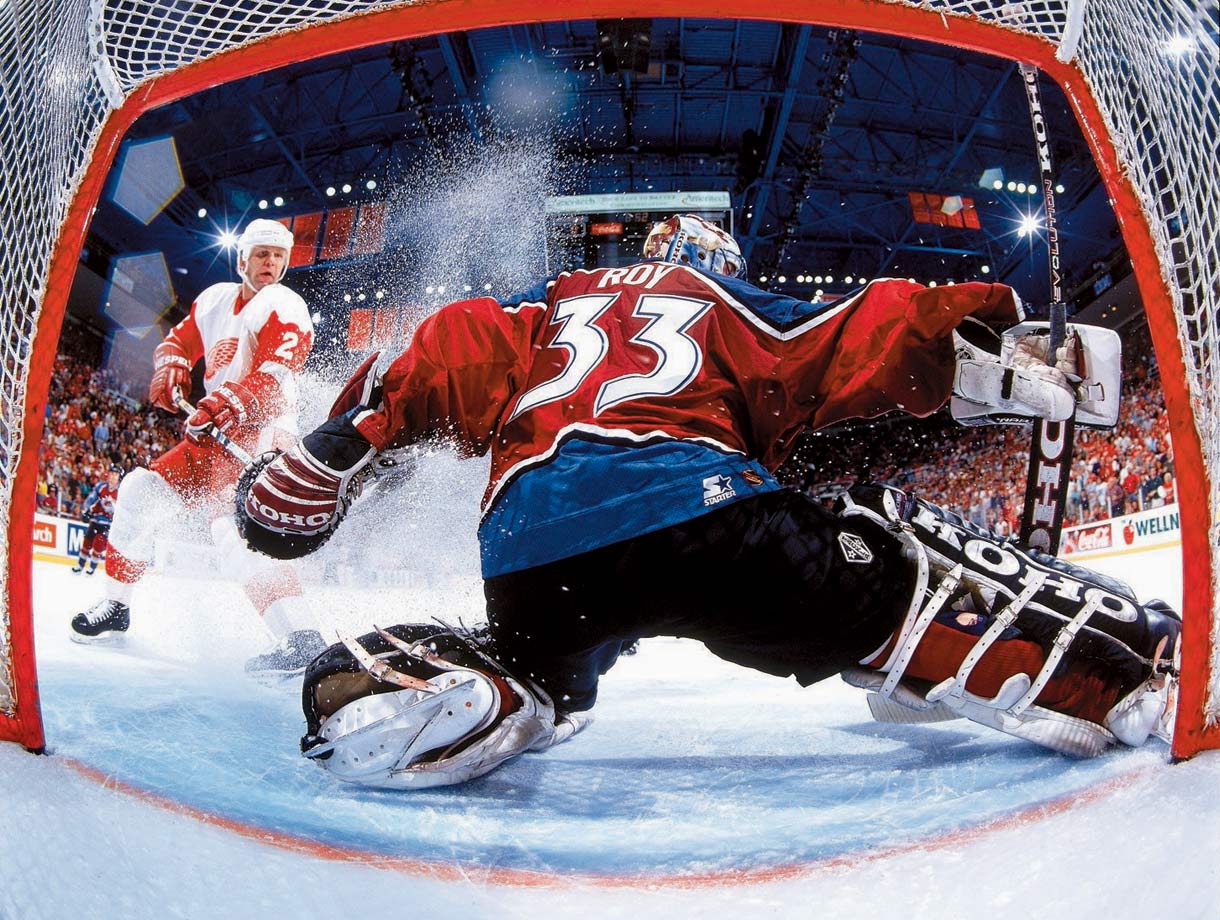 Roy is my favorite Av of all time.  While I could easily gush and wax poetic about how amazing he was to watch, how about I just include some videos of Roy rocking some worlds with his fists.

Yes, Vernon won that fight, but it’s still a beauty. Man, Hockey rivalries were FUN in the 90’s and early 00’s.

A season so beloved, fans still use it to justify the Rockies’ place as an MLB franchise. Rocktober and Mass Effect 3 prove that I can handle a shitty ending if the rest of the story is well written.

The Rockies squeezed themselves into the playoffs in a best-of-one series with the Padres. Then came the magic. Two sweeps. Three games against the Phillies, four against the Diamondbacks, to win the pennant. The Rockies would exit the World Series with a 7-4 record that looks really impressive if you don’t look at where all four of those losses came from. The Rockies were never that exciting again. I really wish we could have gotten Helton that ring he deserved.

Fun fact: I went to a Halloween party in High School during one of those games dressed as the Burger King. I bought a single Whopper and displayed it on a platter to sell the bit. I also left that burger in a hard to find place at the guys’ house. Sorry, Chase.

Denver Nuggets: The Rise and Fall of Carmelo Anthony 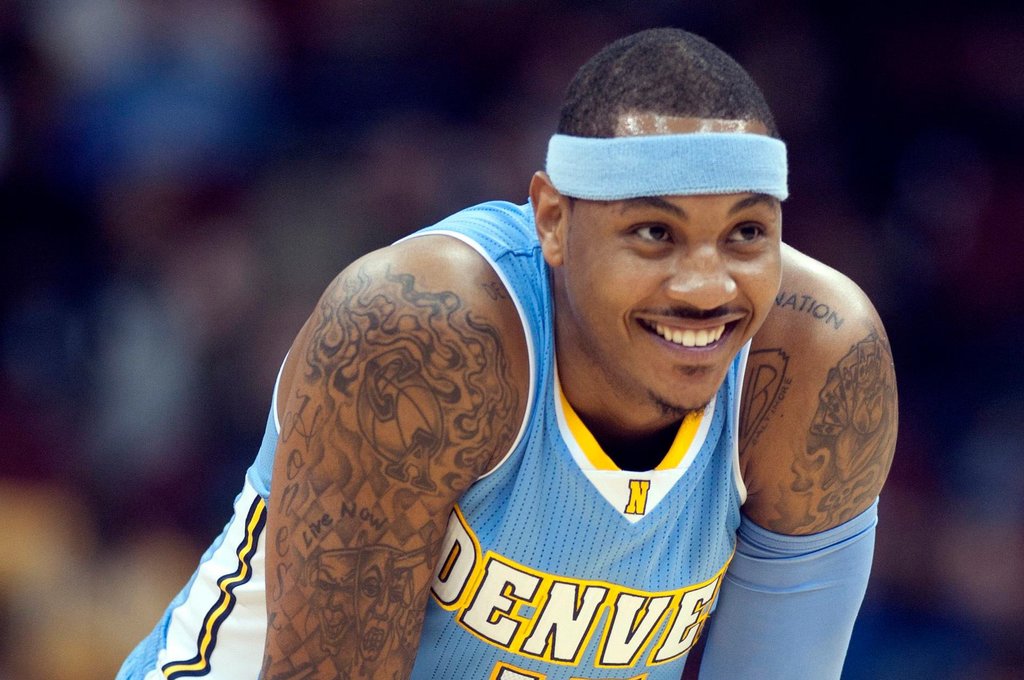 I’m going to keep this one quick because this whole chapter makes me sad, and if there’s one thing I can do as a Nuggets fan, it’s be sad. A lot.

Carmelo Anthony drops to number three on the draft board, after LeBron James, and someone else I don’t want to waste the time researching. The hype in Denver was surreal. The Syracuse phenom was coming to Denver. We even got to the Western Conference Finals and came so close (we also got my second favorite NBA athlete, Chauncey Billups, back in his home state that season). Between being too far from home, and having nothing to show for all his efforts, you could tell he was going to be out the door.

Don’t Be Mad: Super Teams Are Our Fault

As I’ve said before, fans and media entered a shift around the “The Decision” time frame where people only cared about rings. Melo was hit with that too. I remember his Jimmy Kimmel interview where Kimmel handed Melo a basketball uniform that was the Frankenstein’s Monster of three other uniforms.  Melo probably loved all the attention, and I don’t blame him. Sure beat getting ragged on for not taking the Nuggets all the way.

Melo was traded, and now none of the players on those teams play for the Nuggets or the Knicks. Not a happy ending, but hey, I got nothing with the Nuggets.

Colorado State University Rams: Every single time they lost to CU in the Rocky Mountain Showdown If I stop putting this photo on my Facebook during RMS game week, I’ve been abducted.

In my lifetime, CSU is 7-17 against the Buffs. It would take CSU 43 years of series wins just to tie. If you google search Colorado State Heisman, you’ll probably get Rashaan Salaam (RIP to one of the greatest Buffaloes) as the top result. It’s been a great time.

I wish both CSU and CU fans could be classy enough NOT to rush the other team’s field after a win so we can keep this series up. Since that’s not going to happen, so goodbye after 2020, RMS!

University of Colorado Buffaloes: Askia Booker lives with ice in his veins, and in CU History

I will keep cool, and calm, and collected.  The 2013-2014 season for the Buffs was not fantastic (we lost Dinwiddie to a leg injury against Washington midway through the season, and got manhandled by Idaho in the NCAA tourney), but MAN was this game a ride.

The video says it all. Three seconds left. Kansas had rallied back to tie the game, and I was pretty sure that we were going into overtime and lose.  If I can say anything about CU’s teams in the time I’ve been a fan, it’s that CU teams have to play with momentum. Xavier Johnson in-bounds the pass to Ski.  My friends and I always joke that Ski wore number 0 because that’s how many assists he tried to get (I was meaner in College). I thought that Ski was going to brick the shot.

I was happily so wrong.

I was playing in the basketball band, so I did not get to storm the court. I normally would regret that, but getting to see it from above was surreal. The stadium got loud and I was in such disbelief that we were finally able to beat Kansas. It’s been a thorn in CU’s side for many, many years. We’ve embarrassed ourselves so many times. We needed it.

Well, there you go.  Thanks for years of amazing sports memories, Colorado! Here’s to many, many, many more (so I can keep writing about them)