After the Cavaliers invented a new way to lose a basketball game on Thursday, they went back to their old ways and were promptly buried by the Warriors 122-103 last night.

More importantly, the Warriors played more like the Warriors than they did in Game 1, and despite a decent effort from a few Cavs not named LeBron in Game 2, the home team kept the game just out of reach from start to finish.

Steph Curry broke out and nailed a Finals-record nine three pointers, but at some point you had to expect he would have one of those games in this series. The difference was that Golden State had an unreal showing from their role players. JaVale McGee and Shaun Livingston combined to go 11-for-11 from the field, chipping in a total of 22 points while Jeff Green was the leading scorer on the Cavs bench with just six points.

In the Cavs’ defense, they were able to withstand the onslaught for about 36 minutes of the game, staying just within arm’s reach, but after long enough the Warriors offense proved overwhelming.

Here’s the good news: this series is potentially already halfway over, allowing us to look ahead to the draft in late June, which undoubtedly will contain more suspense than the Finals. Also, we may not have to hear those Silicon Valley-ass tech nerds chant “WARRIORS” until next season. Those gold shirts in the crowd are giving me cataracts, which I actually welcome because that would mean I would never have to see these two teams play ever again.

The bad news: the Warriors are going to win three out of four, dating back to 2015, and it’s pretty amazing that they’re really a Kyrie Irving three from going back-to-back-to-back-to-back. That’s back^4 if you’re a math guy or gal.

The only question remaining in my mind at this point is whether or not this will be the last couple of games LeBron plays in Cleveland. After witnessing the sheer ineptitude of his coaching staff and supporting cast over the first two games, it’s just about impossible to think up a way to possibly blame him for leaving and joining a better situation. The next time he plays these Warriors, it might be as a Houston Rocket or a Philadelphia 76er. 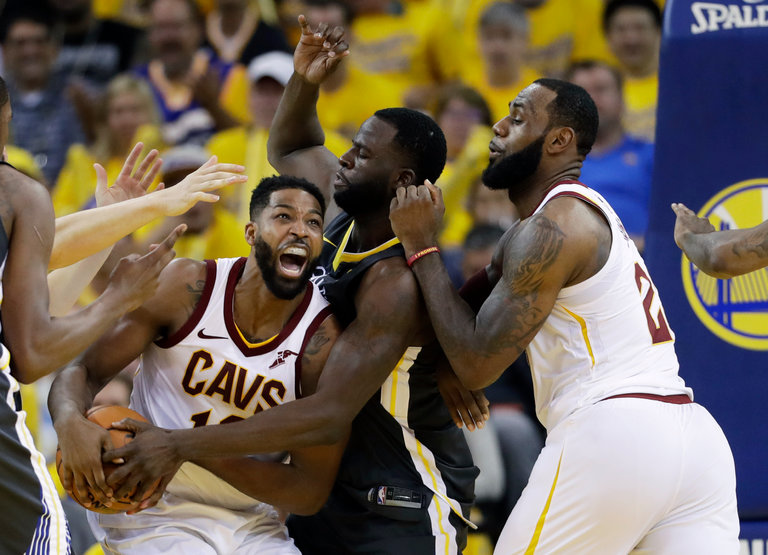 Granted, LeBron didn’t have his best game last night (and those are some ridiculous standards, by the way). He shot 10-for-20 and was tied with Kyle Korver for the worst +/- at -18. Still, he played 43 minutes and amassed a team-high 29 points. He almost invites criticism when he puts up 52 points and then doesn’t match that absurd performance the next game.

He was also a bit passive in a game that they absolutely had to have (feels redundant in the NBA Finals), but it’s also hard to blame him for wanting to get his teammates involved after holding the ball for most of the second half in Game 1.

This game was ultimately what everyone was moaning and groaning about when we knew it would be the fourth iteration of this matchup. Game 1 was obviously a classic (for all the wrong reasons), but Game 2 was essentially what we expected.

To borrow from the late, great Dennis Green: the Warriors are who we thought they were.