Despite an all-time performance from LeBron James on the road in Oakland, the Cavs blew a golden* opportunity to beat the Warriors in Game 1.

*This is why I get paid the big bucks.

It’s pretty hard to lose when one of your player’s scores 51 points, but if there’s any team that could pull it off, it’s the 2018 Cleveland Cavaliers.

The Cavs were in a perfect situation to win: Down a point with one possession left, LeBron fired a pass into the paint to George Hill, who was fouled by Klay Thompson, giving Hill a chance to take the lead with two free throws. (You won’t believe what happens next!)

Hill made the first, but on the second shot, Hill missed short, and the ball clanged off the front of the rim and into the hands of J.R. Smith, who grabbed the offensive board. Inexplicably, Smith took the ball out past the three-point line as if he was clearing the ball in a half-court pick-up game, and held the ball too long to get a shot off. Presumably, J.R. didn’t know the score and was waiting to get fouled thinking the Cavs were ahead. Instead, it was tied, and somehow Cleveland was unable to call timeout and try for one last shot at the buzzer.

The game went to overtime, and predictably, the Cavs lost by a metric fuck ton (114-124 was the final).

I hate to say it, but that might be the series right there just because of how preposterously demoralizing it is to lose in that fashion. I’m not sure how you come back from being on the verge of a major upset to very creatively choking the game away several different times and expect to come out on Sunday night like nothing happened. It’s like drunk texting someone at three a.m. and asking them “what’s up” the next day around noon. Had they won, the Cavs may have been able to ride that momentum into a competitive series. Now, I don’t really see it, and I don’t know if the rest of the Cavs do either.

It’s a tragedy, in the Greek-est sense of the word, that one of the best singular performances (51-8-8) of all time by a top-two player of all time (let’s not get into it) was upstaged by a colossal boner that most youth league players would’ve gotten right. Somewhere, Leon Lett is smiling. 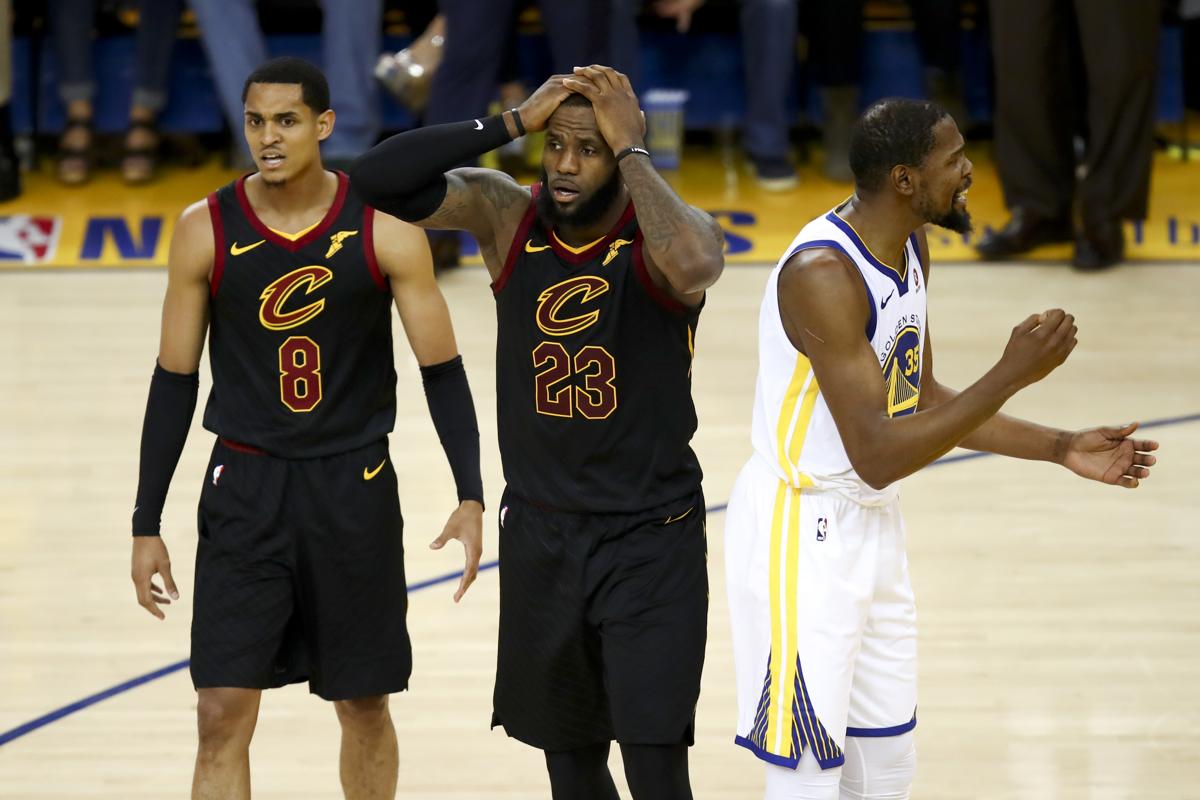 Of course, you can’t put everything on J.R. Smith for fucking up. The Cavs likely win if Kevin Durant’s charge isn’t changed to a block upon further review, and if George Hill hits that second free throw, we’re not having this J.R. conversation in the first place.

But Smith will command all of the headlines, LeBron’s face will dominate the meme economy for the next couple of days, and life will eventually go on when Game 2 rolls around.

Just before this godforsaken game ended, a few players got into a scuffle with a few seconds left on the clock. Tristan Thompson, LeBron, Kevin Love, Draymond Green, and Steph Curry all got into it, leading to a Thompson ejection. Thompson might be suspended for Sunday, but it looks like Love will survive the commissioner’s wrath. 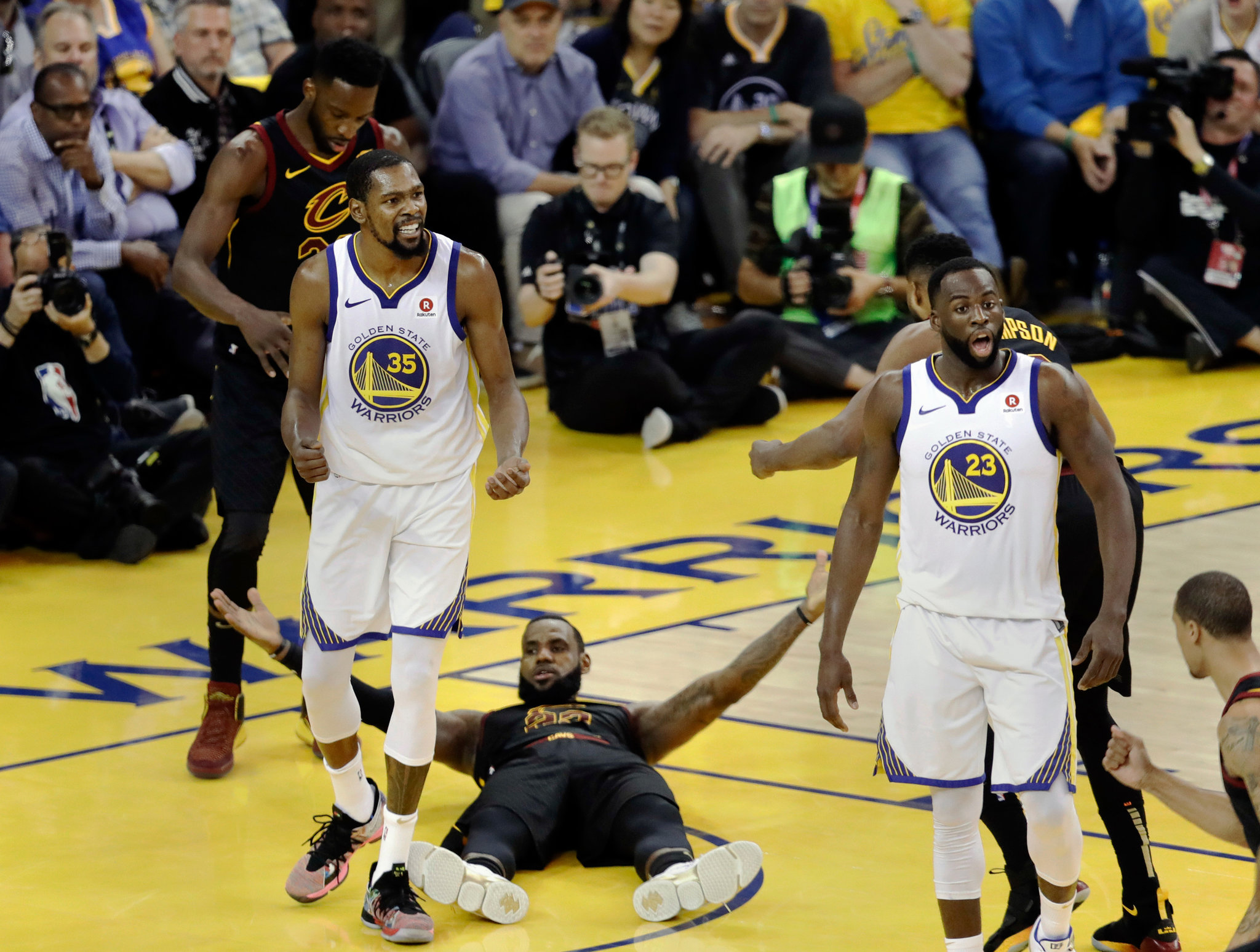 That’s huge, because even though Love shot just 1-for-8 from downtown last night, he was the second-best Cavalier scorer with 21 points.

If they’re going to have any shot of taking Game 2, the Cavs need someone not named James to start connecting from deep. Maybe that’s Smith, maybe Kyle Korver, we know it’s not Jordan Clarkson (who has presumably has already been exiled by LeBron), but someone needs to do something other than brick shots and mismanage situations in ways previously unknown.

The Warriors are the Warriors because they have supreme balance. When one of their four superstars aren’t clicking, another one always picks up the slack. Cleveland hasn’t had that since Kyrie Irving left, and it’s why they don’t match up well with Golden State.

Will I keep watching? Yes.