There are three constants in life: Death, taxes, and the Patriots cheating. And I guarantee the third constant has involved the first two at some point along the way.

New England’s most recent infraction involves their diminutive, white wide receiver. Oh, I just realized I’m going to have to be a little more specific — it was Julian Edelman, and he was busted for PEDs (that’s performance-enhancing drugs for the layman… I swear I’m not a cop).

The NFL has announced they will suspend Edelman, who missed all of 2017 with an ACL injury, for the first four games of the 2018 season. Edelman will appeal the suspension. 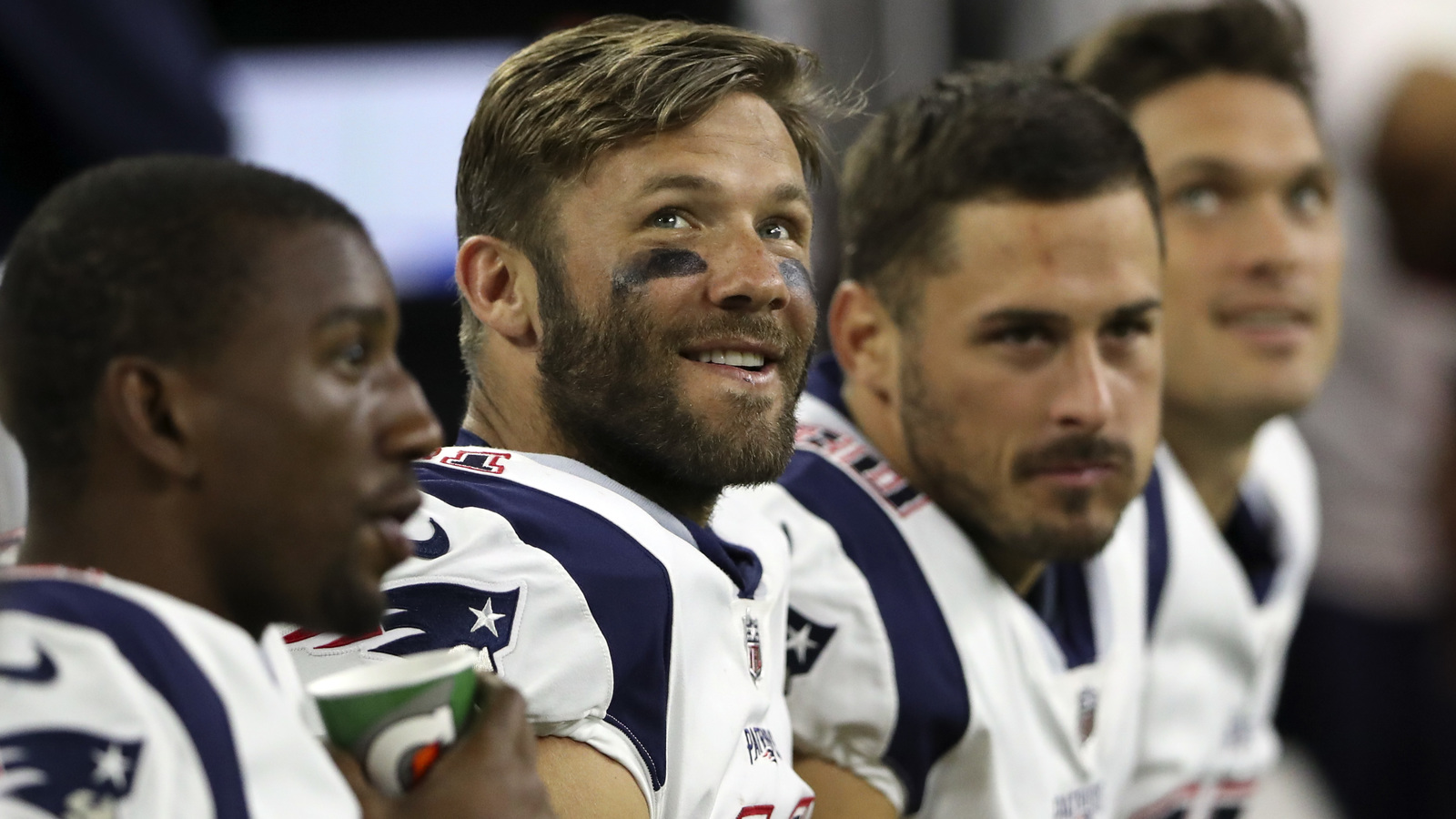 Obviously, there are a number of things regarding this suspension where we’ve been left in the dark. Where did he get his stuff? Who was the plug?

The popular theory is that this has something to do with Alex Guerrero, Tom Brady’s personal snake-oil salesman and all-around fraud. If so, that could cause an even greater rift between Brady, Guerrero, and Bill Belichick, who went as far as to ban Guerrero from team activities last season.

Assuming it does connect back to Guerrero, I think that Belichick might want to get back at Guerrero for depriving him of his best wide receiver to start the season. Here’s how it would play out, in three acts:

Bill Belichick is sitting in his office, going through his daily duties of watching bootleg footage of his opponents’ OTA sessions.

Belichick’s personal secretary addresses him through the intercom.

SECRETARY: Mr. Belichick, there’s someone here to see you. Shall I send him in?

BELICHICK: Shend him in, Mish Moneypenny.

Enter Julian Edelman, clearly distraught over the news of his four-game suspension.

BELICHICK: Julian, I didn’t expect this…

EDELMAN: Coach, I can explain. I was working out with Brady a few weeks ago. I think this has to do with Alex Guerrero.

BELICHICK: Guerrero, huh? I had a hunch he might be behind all this.

EDELMAN: You see, he injected this strange substance directly into my ass… he told me it was just centrifuged, 100% concentrate bull semen, but I have a sneaking suspicion it was really HGH!

BELICHICK: That son of a bitch! He won’t get away with this. First, he forced me to trade Jimmy Garoppolo, the most handsome, beautiful, delicious—

EDELMAN: What do you think we should do?

BELICHICK: Don’t worry, I have a plan.

EDELMAN: Vince? Is that you?

WILFORK: You got the stuff or not?

EDELMAN: Yeah, I got the stuff.

Wilfork leads the guests into the house through a long hallway adorned with pictures of Guerrero with Tom Brady (some more intimate than Edelman imagined). They finally reach the living room, where Guerrero is standing in a red speedo and an open, silver bathrobe. “Jessie’s Girl” by Rick Springfield is playing on the stereo.

GUERRERO: Julian! To what do I owe this pleasure?

EDELMAN: I’ve got some new organic whey protein for you — fresh from Bogota.

GUERRERO: No kidding… how much are we talking?

GUERRERO: A kilo, huh. Hand it over to Wilfolk so he can weigh it and we’ll get you paid.

Edelman gives the stuff to Wilfork. When Wilfork leans in, Edelman notices a gun holstered at his side.

HOGAN (whispering): Let’s get out of here man, I gotta bad feeling.

BURKHEAD: No way. I have a plan.

EDELMAN: What? No, Rex. Let’s just get our money and get out of here.

Guerrero takes a hit of organic, grass-fed crack cocaine before offering some to his guests.

HOGAN:That’s okay, sir. In fact, I think we need to get going.

Burkhead stands up and draws a gun from underneath his jacket.

BURKHEAD (pointing the gun at Wilfork): DO NOT reach for your gun…

Guerrero draws his own gun and takes a shot at Burkhead. However, the running back is so small and scrappy that the shot goes high, instead hitting a portrait of Brady on the wall.

GUERRERO: What have I done??

While Guerrero is stunned, the three Patriots quickly leave the scene, chased by Wilfork who quickly runs out of breath after several steps.

After a long night and a difficult ordeal, Julian Edelman turns to the only friend he can trust — Tom Brady himself. Edelman knocks on the door of Brady’s house and is let in by a maid. Edelman approaches the kitchen where Brady is attempting to make himself a sandwich with no bread or meat.

The two Pats embrace. Edelman is relieved that Brady does not attempt to make out with him.

EDELMAN: I messed up, Tom.

BRADY: You didn’t mess up, Jules.

BRADY: Of course not. See, the HGH you took shows up in urine tests. You just need to try this new stuff that I’ve been taking. It’s undetectable.

Edelman is standing in front of the mirror in Tom Brady’s bathroom. He removes his pants, turns around, and inserts a syringe containing Brady’s HGH into his right buttock.