May is a very difficult month to be a football fan. The draft has come and passed, there’s very little roster news, and all that’s left to keep the blood pumping are the scattered pictures from rookie mini-camp.

This is the time of the year where I will traditionally break off from the rest of society, retreat to my underground bunker (so to speak) and spend extended periods of time playing Madden. As I was playing the game recently and became particularly frustrated, something dawned on me: Madden really isn’t all that good.

The problem is there’s nothing to compare it to like with other games. You can make a judgment call between Battlefield and Call of Duty because the other one exists. Same goes for NBA 2K and NBA Live. There is no such point of reference for the Madden NFL franchise.

Once upon a time, however, there was a game called NFL 2K5. It was achingly beautiful. Every game was prefaced by a Chris Berman intro and scored by that sweet, sweet NFL Primetime music. Classic games from the Ice Bowl to Super Bowl XXXII could be revisited. It was a tour de force in virtual athletics. 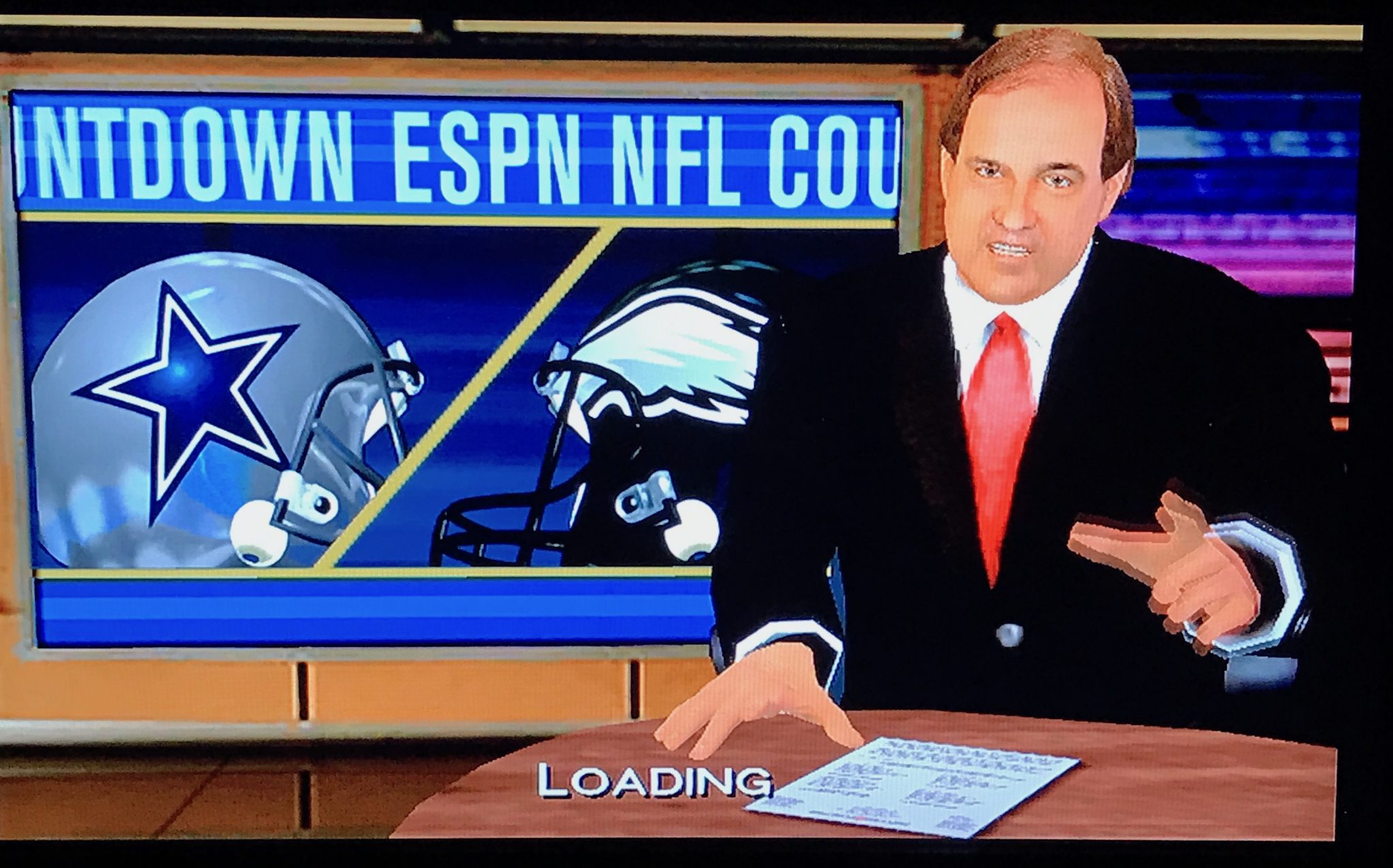 Furthermore, and most importantly, everything in the game felt like it happened for a reason and not by random. If you were running a stretch play with Jamal Lewis, then yeah, more often than not your stiff arm on Sam Madison was going to work because that’s what would happen in real life. In Madden, if the wheel of chance dictates that Christian Hackenberg is going to shrug off a tackle from Von Miller, then them’s just the breaks and there’s nothing you can do, pal.

2K5 had it all: the presentation, the gameplay, the team building — everything you could ask for in a football game. Not to mention, the game only cost $20 (yes, American dollars) upon release.

And then it was taken from us.

After 2005, Electronic Arts purchased an exclusive rights contract with the NFL and the NFLPA, making them the only company able to produce an NFL video game. The idea was that the NFL could control its image and public perception on one video game easier than it could with multiple games. 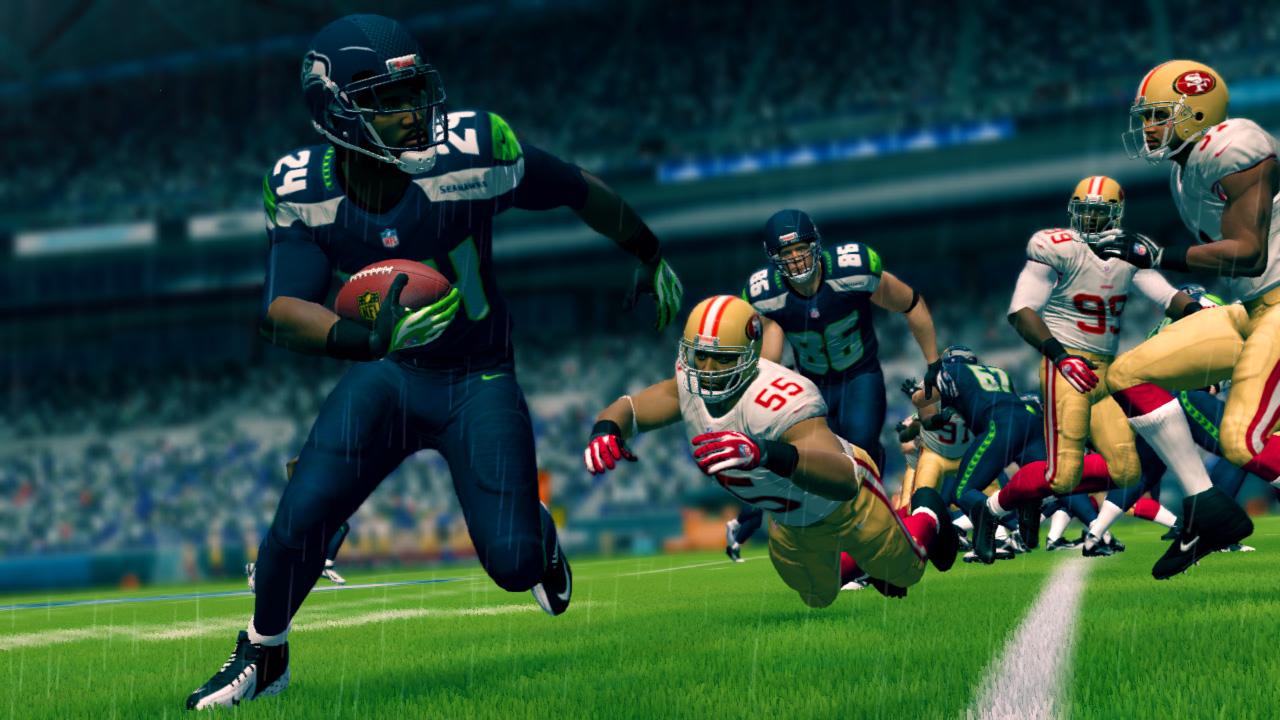 Sounds like a monopoly, right? It sure does, and as you might know, that’s extremely illegal in the United States. A class-action lawsuit was filed back in 2008 to prove just that, but after four years the agreed-upon settlement did not strike down the exclusivity contract, although it did do away with EA’s contract with the NCAA.

There are two losers here — the potential competition and the consumers. Competition is a core value of western civilization, and for good reason. It drives prices down, encourages innovation, and allows the best product to flourish.

Case in point: EA increased the price of Madden from $29.95 to $49.99 the year it signed the exclusivity deal with the NFL.

And with the market artificially cornered, EA can keep pumping out the same shitty game with updated rosters and a new shitty soundtrack every year and the masses (myself included) will pay for that recycled dingleberry of a product.

Does Madden do some things well? Sure. Charles Manson was pretty decent on the guitar, too. I like the franchise mode and the ability to have total control over a team. Overall, though, it’s a bastardized version of what it should be.

2K tried to fight back in 2007 with All-Pro Football 2K8. They didn’t have any sort of license from the NFL, but what they did do was ask for permission from retired NFL greats to appear in the game. The user was able to create a team, design a uniform from scratch, and draft a roster with legends ranging from Paul Hornung to Jerry Rice.

It was certainly a game with inherent limitations, but it still felt more authentic than Madden. It was a game of skill and football IQ, a game where you read the defense instead of scrambling with Michael Vick for 15 yards every play (not that that’s bad, but it gets old).

Sometimes I’ll wonder about what kind of game 2K would come up with if only they had the chance. I’d be bootlegging into the sunset with John Elway and the ‘98 Broncos, I imagine. 2K catches some heat for the recent additions in NBA 2K18, but damn if they don’t actually try. A swing and a miss is preferable to trotting out the same, dumb game with Tom Brady or Rob Gronkowski or maybe just Satan himself on the cover.

Alright, back to year five of my franchise with the Carolina Panthers.