It’s time to make some teams that missed the 2017 playoffs playoff-ready. We’re going to find the right tool that will fix the droughts, the woes, the Browns, you know, the sad stuff. 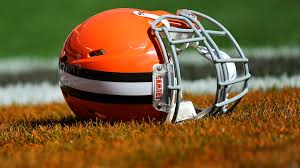 It’s just before training camp, and you know what that means?WILD SPECULATION. Except this time, it’s not wild speculation, I’m going to tell EXACTLY what it’s going to take to get these Cinderellas to the ball.

It is not a stretch to see the potential in this team that being currently drowned in the average bowl of porridge that we all know as Joe Fucking Flacco. If we could even upgrade that porridge to a bowl of peaches-n-cream oatmeal, I might be able to see this team sneaking into the playoffs. I honestly hope Jackson pans out and we can see some new dynamics in the Baltimore offense. Also, less Pittsburgh. I think that would be fantastic.

I can’t even make a joke here.  I wish I could get paid that sweet cash to be that mediocre. What’s the best way to put it…can you help Marc Sessler?

Cleveland Browns: The power of God and anime on their side

Don’t get me wrong, the Browns added a decent amount of talent on the roster.  There’s still a Hue Jackson-sized elephant in the room that hasn’t come out of the lake just yet.  This team needs an identity, and a certain swagger. That’s why I ultimately believe they selected Baker Mayfield. The problem is that what the Browns really needs takes time, and if there’s anything I’ve learned from Nailed It! it’s that you can’t rush these things and expect results.

Houston Texans: That surgery they did to Lee Majors in The Six Million Dollar Man

Seriously, this team is BROKEN.

The Houston Texans seem to always be broken.  So I was thinking, what if we could rebuild them? What if we had the technology? If they can really be the six million dollar (per) man, Houston could repair nearly six players by cutting Kareem Jackson alone. Maybe then we’ll get a full season of JJ Watt and Deshaun Watson can drop dimes to Hopkins and help my Dynasty team go all the way.

I’ve heard a story passed down amongst the years.  You might not have heard the original story, but the wise monks of the NFL tell of one season. One SPECIAL season. That a Mr. Ryan Tannehill will finally break out and have a statically amazing season.  This legend passed through down generations tells us that when the stars align, when the sun rises in the west and sets in the west, and when Harrison Ford holds up that thing on the end of the stick at just the right time, we’ll see Ryan Tannehill become the elite QB he was born to be.

LA (San Diego) Chargers: Starting the season 4 weeks later? Or can we bring back that Six Million Dollar Man bit?

How do they do it?  The Chargers have to play catch up every single year. They’re always in the playoff hunt, but have to have things go their way. Even the Bills with Nathan Freaking Peterman squeaked their way to the Playoffs while Phillip Rivers watched from that weird SUV with the TV thing he takes to practices. If the Chargers could just start the season 4-0, they’d probably make it. Let’s just repeat the cycle and give them the team to beat again title this year and repeat past mistakes.

Oakland Raiders: I have no idea, but it sure isn’t Jon Gruden

Denver Broncos: Nothing baby, you’re perfect the way you are (But really, time)

We have the defense, we have the receivers, and I honestly believe Freeman will be a good Running Back.  Here’s the thing: None of that mean shit if we can’t give Keenum the time it takes in order to make plays.  I understand he has the ability to take a hit and extend plays, but I’m hoping he doesn’t have to as much as we give Keenum the opportunity to make the proper reads, to wait for Sanders to get open or DT to truck a person. I want to see how we work Sutton too (slot, I hope). We have everything we need but time (relatable).