As I’ve said a few times, none of the quarterbacks in this year’s class should be starting in Week One. While Baker Mayfield and Josh Rosen could be ready at some point in their first season, Sam Darnold and Josh Allen will not. They won’t be ready until their second season at the absolute earliest.

This was the first thing that popped into my head when I saw the Browns signed Drew Stanton. Tyrod Taylor is ready to roll as the starter, so why would they lock up another quarterback on a two year contract? In my mind they would only do so to prevent the quarterback they draft from ever needing to set foot on the field Year One.

Clearly It’s Down to Allen or Darnold 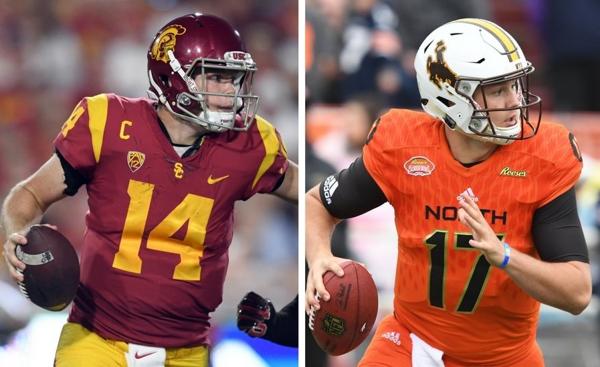 At this point, all the Mayfield and Rosen talk coming out of Cleveland is probably misinformation. If they were going to draft one of those guys, there was no reason to add a second back-up. It also seems unlikely they would have added Taylor to be the starter. If they wanted a “bridge” quarterback and mentor, there were more applicable options than a 28 year old coming off his first career playoff game.

Taylor is going to devote all of his time to learning the offense. Stanton will learn the basics, but spend most of his time teaching the young guy. Kevin Hogan will probably stick around the practice squad in case both Taylor and Stanton get hurt. Darnold or Allen will learn how to play in the NFL, watch film, then learn some more. Year Two should follow the same formula.

In my mind this means the pick has to be Allen. While Darnold has a lot of great attributes, Allen has a canon. I know the completion percentage last year was ugly. I saw the highlights from his pro day and that percentage shouldn’t matter. Guys his size who can effortlessly throw 80 yards don’t come around often. The Brown’s franchise quarterback must have a strong arm to contend with the winds blasting off Lake Erie.

Even though it’s going to take a lot of work teaching him proper footwork and touch on his second level throws, they would be crazy to pass on Allen. Worst case scenario, they have to rely on a strong running game and hope teams lay back because they’re scared of his arm. In the AFC North, that’s enough to win.

What About Pick Four?

I still have my heart set on Minkah Fitzpatrick. I know it will probably be Saquon Barkley. The more defensive backs they add, the more likely this looks. I honestly would be content with either guy. I’m nervous about taking a running back with such a high pick. Especially since there are a lot of good backs available in round 2. Having said that, Barkely and Duke Johnson would be a nightmare for NFL defenses. Both can find running lanes with ease and are lethal catching the ball both out of the backfield and from the slot.

Part of me wonders if the Browns should look at Quenton Nelson. Without Joe Thomas, there’s a huge hole at left tackle. Thomas says Shon Coleman is ready to take over. If he says it, I’m willing to take his word for it. Though I do wonder if it doesn’t make more sense to draft Nelson, then slide Joel Bitonio over to left tackle. As I recall, the ability to some day take over for Thomas was one of the reasons the Browns drafted Bitonio. Then again, that was three regimes ago, so who knows. 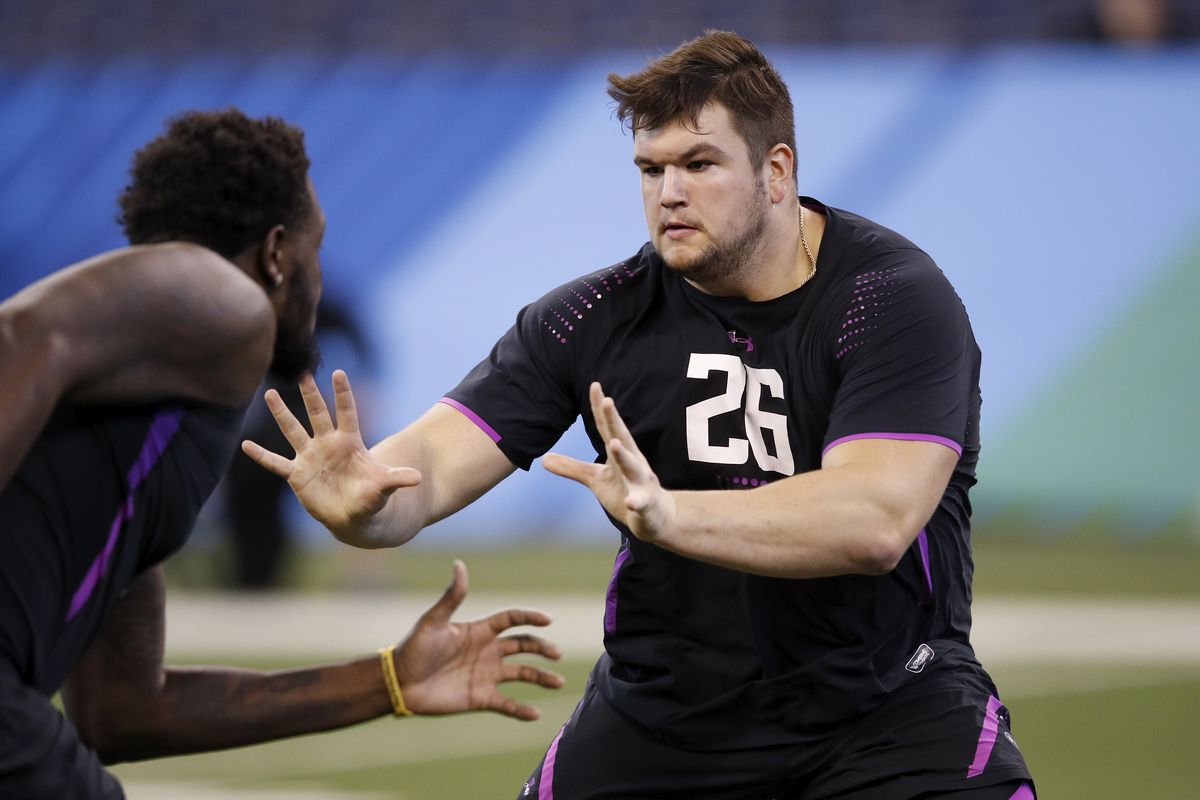 I can’t see any way they’d take Nelson at 4. I could see them trading down and taking him later in the top ten. This is something to watch for if Indy, Tampa, or Chicago want to move up for Bradley Chubb. Nelson is a monster inside and has been given a rare “Hall of Fame” grade by scouts. An interior line of Nelson, JC Tretter, and Kevin Zeitler would make any defensive tackle nervous.

I mean look at him. He looks like his offseason work-out program is centered around breaking rocks with larger rocks and wrestling wild animals. Then cooling down by punching frozen meat like Rocky.

There are stupid ideas. There are idiotic ideas. For a little fun there are tragically comical ideas. Then, there is this Hindenburg, train wreck, crap sandwich idea. This ridiculous notion that the Browns have been so bad at finding the right guy, they should take two quarterbacks, then decide later which they prefer. To the folks loving this line of thinking, I have a very well thought out response.

Ahem . . . “NO! BAD! THIS IS VERY BAD THINKING! YOU GO TO BED WITHOUT DINNER AND THINK ABOUT WHAT A BAD IDEA THIS IS!”

Sorry. Sorry for being so harsh. I felt I owed it to you. Now that I’ve gotten it out of my system, let me delve into my real argument. The Browns, as I have said before, have not just struggled to find a quarterback. They have also been significantly impeded by quarterback battles like the Quinn/Anderson debacle in 2008 . . .

You know what? No. I shall give this notion not a moment more of my time. In protest of how ridiculous this idea is, I’m ending the article right now.