Wanna know the quickest way to make sure you’ll never play another snap in the NFL again?

Just like that. One retweet. More efficient than he ever was on the field.

Of course, the chances he ever played again before this were at roughly .0001%, but now it’s a metaphysical certitude that he never gets to grace the NFL with his rifle of an arm.

I can’t believe this guy doesn’t have a job.

This whole Kaepernick saga/debacle was reignited yesterday for some fucking reason when Nicki Jhabvala asked John Elway if he would consider bringing in the ex-49er since the Broncos are in the market for a veteran quarterback.

John Elway's full response when I asked if Colin Kaepernick would be a viable candidate as a backup quarterback if the Broncos look outside for a QB2 pic.twitter.com/vnwDYmt2ez 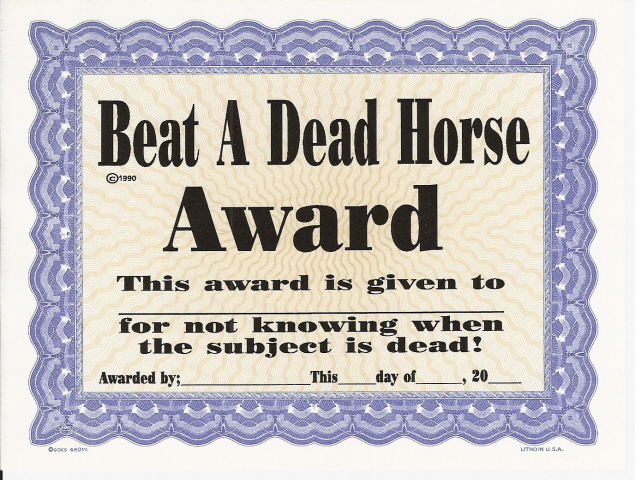 Anyway, John Elway responded in reasonable fashion, pointing out that since Colin Kaepernick didn’t want to take a pay cut (a tactic John Elway used to try to keep his Super Bowl roster intact) then he made his bed and he can sleep in it — if he’s not too woke, that is.

Here’s what I consider to be the truth regarding Kaepernick: If he was as good a quarterback as people are making him out to be, he would still be playing in the NFL regardless of whether or not he knelt during the national anthem. Since he’s a borderline starter at best, teams probably feel (felt) that he’s not worth the polarizing effect he would have on either a majority or minority of their fan base, depending on the team. Thus, they’d rather sign or draft a guy who is just as good without all of the baggage attached. It’s not that complicated.

Also, he really likes to fuck his cause by doing stuff like openly supporting Fidel Castro and wearing socks with pigs as police officers on them.

Kaepernick regressed steadily over his four and a half years as a starter in San Francisco. His yards per attempt dropped from 8.3 in 2012 to 6.8 in 2016, and he went 1-10 as a starter in his final year after losing his job to Blaine Gabbert.

No one is clamoring for this guy. He’s not a quality starter anymore, and he sure as hell isn’t anywhere near John Elway, whichever way you want to spin it.

Colin Kaepernick’s last bridge to the NFL was a rickety, Indiana Jones-type deathtrap that likely would collapse into a river of hungry crocodiles, but now even that has been burned. Good luck.