Remember how annoying last year was during training camp with all of the #TheDecision shit and contrived drama that the media was drumming up with the quarterback competition?

Well, we can thank Case Keenum for burying all of that nonsense deep underground where it belongs. He’s the guy at quarterback, and he’s showing very clearly that there’s no question about it. He’s the entrenched starter at one while Chad Kelly and Paxton Lynch battle it out for the spot behind him.

What’s most encouraging about the first-team offense is that Keenum is showing a lot of early chemistry with the big dogs at wide receiver, DT and Emmanuel Sanders.

Case Keenum and Demaryius Thomas putting on a show for fans. Keenum just threw a perfect over-the-shoulder pass to him and followed with a TD pass to Emmanuel Sanders.

The last couple of years, it’s felt like the top two receivers have gotten the short end of the stick because of the quarterback situation letting him down. If you can just plug a competent guy in at QB (Keenum), then they can reach their potential as above average starters on the outside.

Maybe, just maybe, he can shut up everyone that thinks Denver’s top two wide receivers are a downgrade from Stefon Diggs and Adam Thielen (still waiting on a new song called “I’m Thielen This” by Blink-182).

He’s spreading the ball out to just about everyone, from the top dogs to the rookies like DaeSean Hamilton and Phillip Lindsay.

During the first he dropped a perfect ball over DaeSean Hamilton’s shoulder in tight coverage from Chris Harris Jr for 25 yard gain.

Oh, and by the way, he seems like he’s pretty damn good at taking care of the football (just seven picks last year). With the playmakers in the Broncos secondary like Chris Harris, Bradley Roby, Justin Simmons, and Darian Stewart, that’s a really tough thing to do.

Three practices into Broncos camp, Case Keenum has yet to throw an interception.

In fact, I don't recall a play where he's been close to throwing an interception.

Here’s what I’m trying to get at: Maybe it’s possible that Case Keenum was in really bad situations for the first five years of his career (see 2013 Texans, 2016 Rams) and the player that he was with the Vikings is simply who he is as a quarterback (who woulda thunk it?). He’s not a transcendent guy like Peyton Manning, but if you plug him into to an offense with guys around him that can make plays and get open, the offense is going to run really smoothly — something Broncos fans haven’t seen on a consistent basis since mid-2014. Good lord, that would be like a cold glass of water after wandering the desert for three years.

This is a hot take here, so get your oven mitts ready and open that oven door, but quarterbacks actually get better with added experience and live reps, which Keenum had 15 games of last season. The idea that he’s just the guy people saw during that Rams season of “All or Nothing” is lazy as hell. Quarterbacks are largely dependent on their coaching staff and offensive situation (with a few exceptions), and Keenum’s career has been highlighted by a team that almost gave Gary Kubiak a fucking heart attack and another that got Jeff Fisher, the most unfireable coach maybe ever, a pink slip and a slap on the ass on the way out the door. 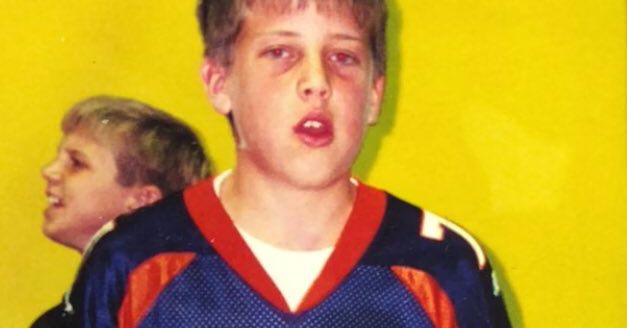 Obviously, everything changes when the pads come on, which they will starting tomorrow morning. Suddenly, not everyone looks quite as good as they did before things get physical. But as long as he doesn’t start leading his receivers into oncoming traffic like Ryan Tannehill in Miami, it probably won’t change much about how well Case is performing in camp.

I, for one, am excited to see what Case Keenum is going to do this year in Denver.

I see nothing wrong with this.