This is the most unusual draft I can remember. The top three players in the draft are not quarterbacks. Yet, the first three picks are going to be quarterbacks. I don’t even want to, but let me quickly dispel the Saquon Barkley at #1 rumors. For those who follow this line of thinking, please consider the following:

So, yeah. Three quarterbacks will be taken in the top three. This puts the remaining teams in an interesting position as picks four through ten might as well be one through six. The teams holding these picks can either add a franchise changing player or demand a king’s ransom in a trade. There are also four top quarterbacks, not three. One could  start to slide, enticing teams to trade up.

Personally I think Quenton Nelson is the best player in the draft, Bradley Chubb the second, and Saquon Barkley third. For those of you who read my earlier work, no I have not forgotten my love of Minkah Fitzpatrick. As the league is becoming more and more pass oriented, don’t be shocked if he sneaks ahead of the others.

The three picks to watch are: Cleveland at number four, Tampa Bay at seven, and Chicago at eight. These teams need as much talent as they can possibly add. They could do this by taking one of the top three players in the draft. There is a very solid argument for adding the most talented player to one of the least talented teams.

But, then there’s the pesky need for depth. The more picks a team has, the better a chance they have of improving. Even the great Bill Belichick has whiffed on his fair share of draft picks. No one ever seems to notice because every year he comes away with a few starters. The odds are in your favor with 10-12 picks. Especially as more and more starters are pulled from rounds two and three.

Denver is the Lynch-pin 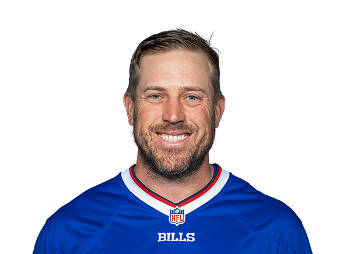 Denver is the really interesting team in this year’s draft. Yes, they signed Case Keenum and still haven’t lost all hope in Paxton Lynch, but they are very much in play for a quarterback. Especially if Sam Darnold, Josh Allen, or Josh Rosen fall out the top three. Keenum is only signed for two years. That’s the perfect amount of time to groom the long term answer at quarterback.

It also is the perfect amount of time to either develop a quarterback taken later in the draft or wait until next season. I don’t imagine the Broncos will pass up on unleashing a Von Miller/Bradley Chubb attack next season without giving it serious thought. Every quarterback in the league is probably praying that doesn’t happen. They also might be actively planning a phantom injury leading up to a Broncos game.

Buffalo enters the draft with picks 12 and 22. New England has picks 23 and 31. Arizona has pick 15 and two third round picks. These are the teams to watch if Denver passes on a quarterback. Each of these teams also have a perfect trade partner in the three talent depleted teams above.

Buffalo can’t be planning on entering next season with only AJ McCarron and Nate Peterman in their quarterback room. The Browns have a glaring lack of depth pretty much everywhere. The two teams have already pulled off a big trade this off-season, so watch for this one. Buffalo could get their quarterback and the Browns could end up with six picks in the first two rounds. If they do and do not come out of this draft with at least one valuable starter, then it would be a new low. And this is an 0-16 team we’re talking about here.

I would now like to make my first amendment to the Candy Corn Principle of NFL Market Valuation. There is a chance Arizona snaps out of their Sam Bradford trance for a second and trades up. Per the Candy Corn Principle, moments of clarity happen eventually. The Bucs do not have any third round picks. They desperately need help with their pass defense. If Chubb is off the board, trading back to 15 can still get them a defensive starter. Two third round picks could be flipped for an extra second rounder or used to add a nickle corner and a situational pass rusher.

The shocking trade I could see happen is New England trading up to number eight. Most of the Mock Drafts I’ve seen have the Bears drafting Quenton Nelson. Even though I think he’s the best player in the draft, I would make this trade if I were the Bears’ front office. With picks 23 and 31 they could walk away with two of the top linemen. Mike McGlinchey (OT), James Daniels (C/G), and Will Hernandez (G) will likely still be available. Walking away with a Guard/Center and a Tackle is pretty good haul for a rebuilding NFC North team with a young quarterback.

Of the four top quarterbacks, the most likely to slide out of the top three is Baker Mayfield. Would Bill Belichick enjoy coaching Baker Mayfield? Absolutely not. Josh McDaniels would though. Ultimately, that’s why I could see them doing it. Belichick is not going to coach forever. He’ll want to retire and take over the front office soon. I think the only reason McDaniels passed on the Indy job is because now that Patricia is gone, he’s the undisputed heir. The anti-Joffrey Baratheon, if you will.

Never forget, McDaniels is the guy who drafted Tim Tebow in the first round. He clearly had a plan for a mobile quarterback his other questionable moves prevented him from realizing. Unlike Tebow, Mayfield can actually throw a football and any attitude concerns will be snuffed out by the Patriot Way.